"Initially the assumption is that is going to reduce the prices for products in the United States," said Phil Flynn, an analyst at Price Futures Group.

Oil has surged this year with Brent hitting $139 in March, the highest since 2008, after Russia's invasion of Ukraine exacerbated supply concerns.

Prices were supported earlier in the session as the European Union moved closer to agreeing to a ban on Russian oil imports. Such an embargo is likely to be agreed to "within days," Germany's economy minister said on Monday.

Travel during the upcoming U.S. Memorial Day weekend is expected to be the busiest in two years as more drivers hit the road and shake off coronavirus lockdowns despite high pump prices.

U.S. crude oil and gasoline inventories likely fell last week, while distillate stockpiles were seen up, an extended Reuters poll showed ahead of government data due on Wednesday. 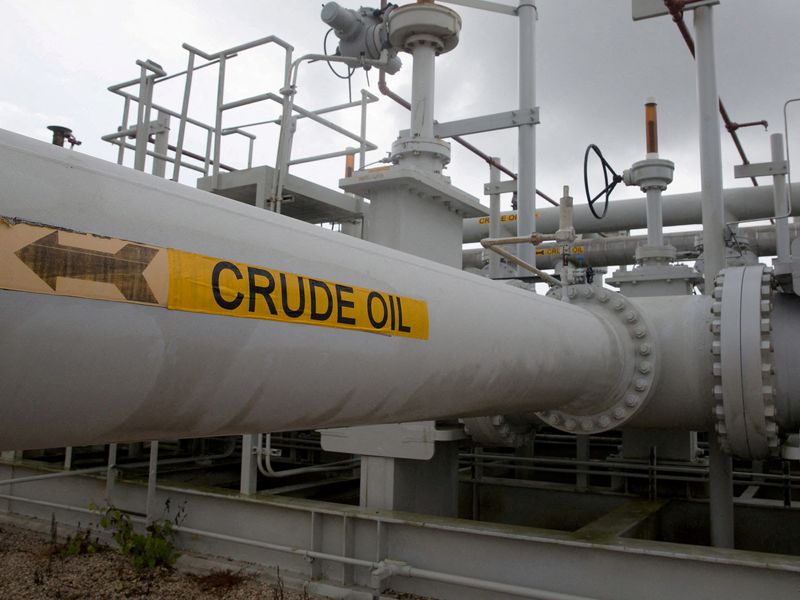 However, worries about threats to the global economy, a main theme of the Davos meeting this week, also spurred fears over oil demand and weighed on prices.

Beijing is stepping up quarantine efforts to end its COVID-19 outbreak while Shanghai's lockdown is due to be lifted in a little more than a week.