NEW YORK (Reuters) -Oil rose by nearly $3 a barrel on Tuesday on expectations of a large cut in crude output from the OPEC+ producer group and as a weaker U.S. dollar made oil purchases less expensive.

The Organization of the Petroleum Exporting Countries and its allies, known as OPEC+, look set to cut output when they meet on Wednesday. The move would squeeze supply in an oil market that energy company executives and analysts say is already tight due to healthy demand, a lack of investment and supply problems.

Sources from the group have said OPEC+, which includes Russia, is discussing output cuts in excess of 1 million barrels per day (bpd). Oil extended gains after Bloomberg reported that OPEC+ was considering a 2 million-bpd cut.

"We expect a substantial cut to be made, which will not only help to tighten the physical fundamentals but sends an important signal to the market," Fitch Solutions said in a note.

Kuwait's oil minister said OPEC+ would make a suitable decision to guarantee energy supply and to serve the interests of producers and consumers.

OPEC+ has boosted output this year after record cuts implemented in 2020 when the pandemic slashed demand.

In recent months, the group has failed to meet its planned output increases, missing in August by 3.6 million bpd.

The production target cut being considered is justified by the sharp decline in oil prices from recent highs, said Goldman Sachs (NYSE: GS ), adding that this reinforced its bullish outlook on oil.

Also boosting oil prices, the U.S. dollar was headed for a fifth daily loss against a basket of currencies as investors speculated that the U.S. Federal Reserve might slow its interest rate hikes. [USD/]

"There's no doubt that there's underlying support from a weak dollar and the potential for a Fed pivot," said Bob Yawger, director of energy futures at Mizuho in New York.

The Fed's potentially easing its rate hikes would relieve some worries of a U.S. economic recession that could dampen crude demand.

Meanwhile, a senior U.S. Treasury official said G7 sanctions on Russia will be implemented in three phases, first targeting Russian oil, then diesel and then lower-value products such as naphtha.

Sanctions from the G7 and the European Union, which is opting for a two-phase ban, are set to begin on Dec. 5.

Top oil traders also said at the Argus European Crude Conference in Geneva on Tuesday that economic headwinds have not yet caused significant erosion of global oil demand. 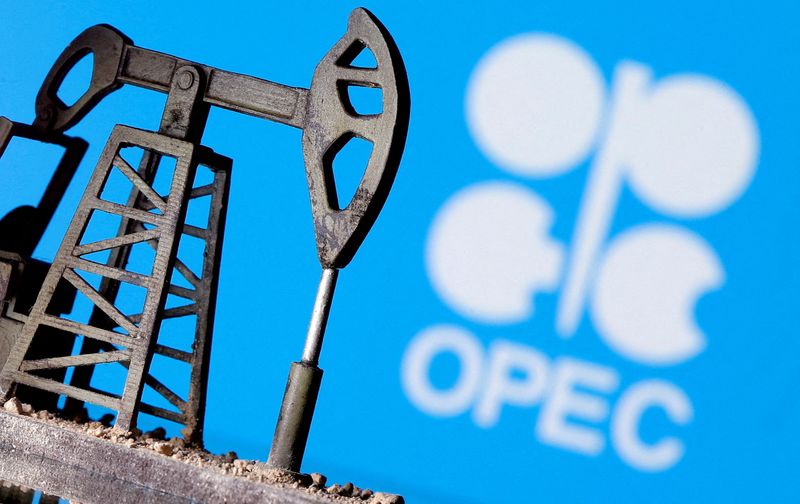