NEW YORK (Reuters) -Oil prices gained more than 2% on Friday as supply outages in Libya and expected shutdowns in Norway outweighed expectations that an economic slowdown could dent demand.

WTI and Brent traded at about 70% and 77%, respectively, of the previous session's volumes ahead of the U.S. Fourth of July holiday.

For the week, Brent lost 1.3%, while WTI rose 0.8%. For June, both benchmarks had ended the month lower for the first time since November.

Prices rose on Friday despite the release of industry data showing U.S manufacturing activity slowed more than expected last month, adding to evidence that the country's economy was cooling as the Federal Reserve tightens monetary policy.

Still, low crude and fuel supplies supported the oil market even as equities slumped and the U.S. dollar, which typically has an inverse relationship with crude, rose.

"The ability of the complex to post a strong advance today in the face of significant U.S. dollar strength and a weak equity trade suggests some refocus on tight oil supplies," Jim Ritterbusch, president of Ritterbusch and Associates LLC, said in a note.

A planned strike among Norwegian oil and gas workers on July 5 could cut the country's overall petroleum output by around 8%, or around 320,000 barrels of oil equivalent per day, unless a last-minute agreement is found over wage demands, a Reuters calculation showed.

Libya's National Oil Corporation on Thursday declared force majeure at the Es Sider and Ras Lanuf ports, as well as the El Feel oilfield. Force majeure is still in effect at the ports of Brega and Zueitina, NOC said.

Production has seen a sharp decline, with daily exports ranging between 365,000 and 409,000 barrels per day, a decrease of 865,000 bpd compared with production in "normal circumstances", NOC said.

The U.S. oil rig count, an early indicator of future output, rose by one to 595 this week, its highest since March 2020, according to energy services firm Baker Hughes Co.

Even though the U.S. oil rig count has risen for a record 22 months through June, weekly increases have mostly been in single digits as many companies focus more on returning money to investors and paying down debt rather than boosting output.

Meanwhile, Ecuador's government and indigenous groups' leaders on Thursday reached an agreement to end more than two weeks of protests which had led to the shut-in of more than half of the country's pre-crisis 500,000-bpd oil output.

On Thursday, the OPEC+ group of producers, including Russia, agreed to stick to its output strategy after two days of meetings. However, the producer club avoided discussing policy from September onwards.

Previously, OPEC+ decided to increase output each month by 648,000 barrels per day (bpd) in July and August, up from a previous plan to add 432,000 bpd per month. 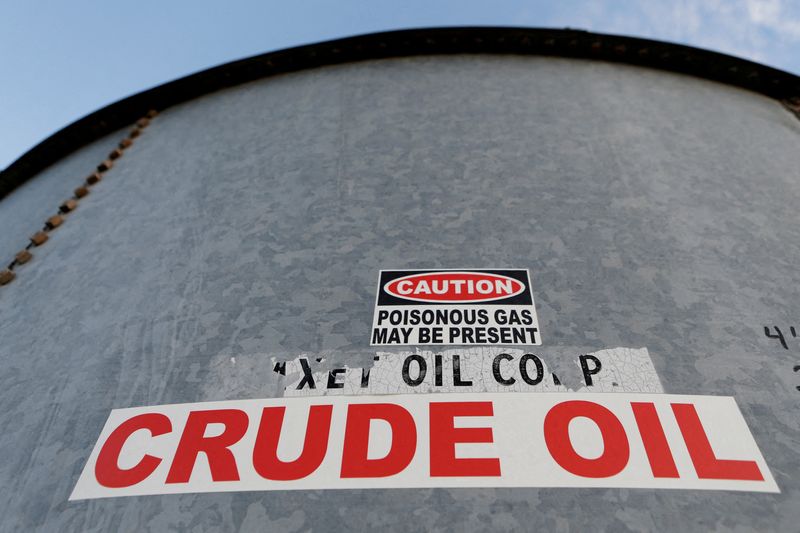 U.S. President Joe Biden will make a three-stop trip to the Middle East in mid-July that includes a visit to Saudi Arabia, pushing energy policy into the spotlight as the United States and other countries face soaring fuel prices that are driving up inflation.

Biden said on Thursday he would not directly press Saudi Arabia to increase oil output to curb soaring prices when he sees the Saudi king and crown prince during a visit this month.