(Reuters) -Oil prices settled higher on Wednesday after a fire on a pipeline from Iraq to Turkey briefly stopped flows, increasing concerns about an already tight short-term supply outlook.

Flows have resumed through the Kirkuk-Ceyhan pipeline that carries crude from northern Iraq, the second-largest producer in the Organisation of the Petroleum Exporting Countries, to the Turkish port of Ceyhan for export.

The explosion that set off the fire on the pipeline in the southeastern Turkish province was caused by a falling power pylon, not an attack, a senior security source said.

"While $90 could have triggered some profit-taking and a minor cooling of prices, this suggests they'll see no reprieve and we could realistically see $100 oil soon," said Craig Erlam, senior market analyst at OANDA.

OPEC officials and analysts say that an oil rally may continue in the next few months and prices could top $100 a barrel due to recovering demand despite the spread of the Omicron coronavirus variant.

"Any way that the numbers are crunched, it appears that

global inventory will continue to draw for a few more months with this implied tightening in the balances keeping this bull alive through the rest of this month and most of next," said Jim Ritterbusch, president of Ritterbusch and Associates LLC in Galena, Illinois.

OPEC+, which groups the cartel with Russia and other producers, is struggling to hit their monthly output increase target of 400,000 barrels per day (bpd).

The International Energy Agency, however, said the oil market was due to flip into surplus in the first quarter as some producers are set to pump at or above all-time highs. [IEA/M]

An oil surplus should also lead to a build-up in inventories, as the IEA reported that commercial stocks in OECD countries were well below pre-pandemic levels at around seven-year lows.

On Wednesday, President Joe Biden told a news conference https://www.reuters.com/world/us/biden-address-skeptics-presidency-nears-one-year-mark-wednesday-2022-01-19 he will work to try to increase oil supplies.

The administration authorized the release of 50 million barrels of crude oil https://www.reuters.com/business/energy/us-release-50-mln-barrels-oil-emergency-reserve-white-house-2021-11-23 - in a mix of loans and sales - from the nation's Strategic Petroleum Reserve last year when prices spiked. 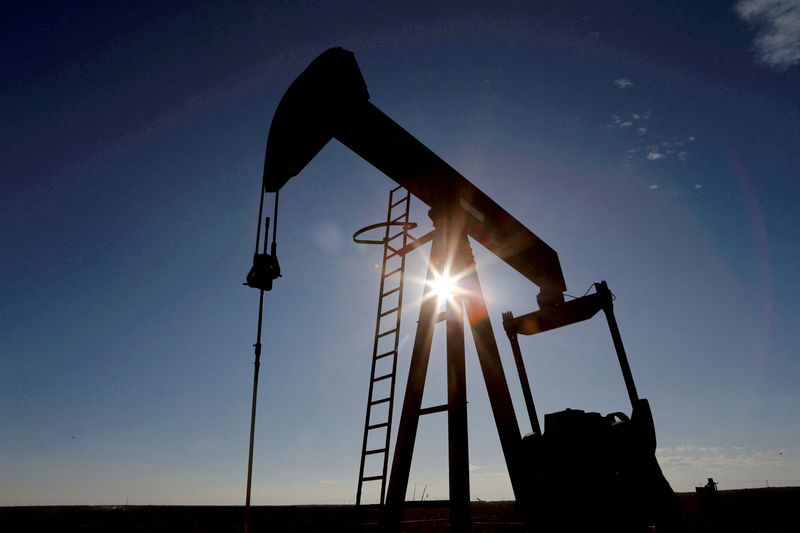