NEW YORK (Reuters) -Oil prices edged up to their highest since 2014 on Tuesday, supported by a global supply shortage and strong demand in the United States, the world's biggest consumer.

The rally came ahead of U.S. inventory reports from the American Petroleum Institute (API), an industry group, on Tuesday and the U.S. Energy Information Administration on Wednesday.

Those were the highest closes for both global benchmarks since October 2014.

"The energy crunch is still nowhere close to subsiding, so we expect prevailing strength in oil prices in November and December as supply lags demand and as OPEC+ stays on the sidelines," said Louise Dickson, senior oil markets analyst at Rystad Energy.

OPEC+, comprising of the Organization of the Petroleum Exporting Countries and allies like Russia, is currently raising production by 400,000 barrels per day (bpd) each month, but has pushed back against calls to boost output faster in response to the surge in prices.

Goldman Sachs (NYSE: GS ) said Brent was likely to push above its year-end forecast of $90 a barrel, while Larry Fink, chief executive of the world's largest asset manager BlackRock (NYSE: BLK ), said there was a high probability of oil reaching $100.

With oil and gas prices at multi-year highs, U.S. shale producers are poised to deliver the strongest earnings since the onset of the coronavirus pandemic, so long as they did not lock in sales tied to much lower prices.

While China's red-hot power and coal markets have cooled somewhat after government intervention, energy prices remain elevated worldwide as temperatures fall with the onset of the northern winter.

Gasoline and distillate consumption in the United States is back in line with five-year averages after more than a year of depressed demand, and the market will be closely watching U.S. inventory levels.

U.S. President Joe Biden will discuss energy prices, the Iranian nuclear program and supply chain issues during his trip to Europe this week to attend a meeting of G20 leaders. 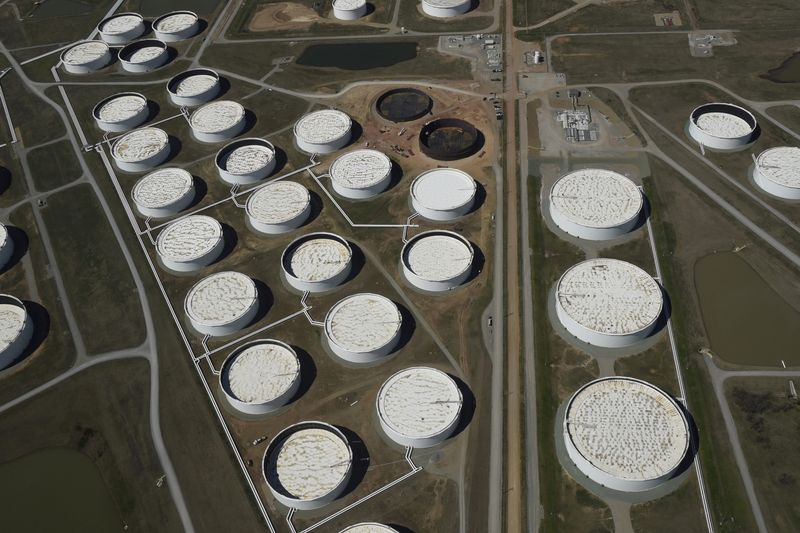 A 2.1 million-barrel cargo of Iranian condensate, the most recent delivery from a swap pact between the Middle Eastern nation and Venezuela, is expected to begin discharging on Wednesday at a PDVSA port.

Avtar Sandu, senior manager commodities at Phillip Futures in Singapore, said traders were awaiting clarity on the outcome of international talks on reviving Iran's 2015 nuclear agreement, after the United States said efforts were at "crucial phase" that could re-open the way for exports of Iranian crude.

(Additionl reporting by Aaron Sheldrick in Tokyo and Dmitry Zhdannikov in London; Editing by Marguerita Choy and David Evans)