Earlier in the day, oil prices climbed more than $2 a barrel after producer group OPEC+ said it could review its policy to hike output at short notice if a rising number of pandemic lockdowns chokes off demand.

"Plenty of places to point to blame for the big pullback in energy," said Bob Yawger, director of energy futures at Mizuho in New York, noting coronavirus cases are rising, the U.S. jobs report was a disappointment and OPEC+ stuck with its plan to increase output in January.

The Organization of the Petroleum Exporting Countries, Russia and allies, a grouping known as OPEC+, surprised the market on Thursday when it stuck to its plans to add 400,000 barrels per day (bpd) supply in January.

But OPEC+ left the door open to changing policy swiftly if demand suffered from measures to contain the spread of the Omicron coronavirus variant. They said they could meet again before their next scheduled meeting on Jan. 4.

Markets across assets have been roiled all week by the emergence of Omicron and speculation that it could spark new lockdowns and dent fuel demand.

The World Health Organization urged countries to vaccinate their people to fight the virus, saying travel curbs were not the answer.

In the United States, a sixth state - Nebraska - reported the Omicron variant after detecting six confirmed cases of the highly contagious strain.

After opening higher, Wall Street also reversed direction with the Nasdaq tumbling more than 2%, on jobs data, and uncertainty around the Omicron variant and the path of the Federal Reserve's policy tightening. 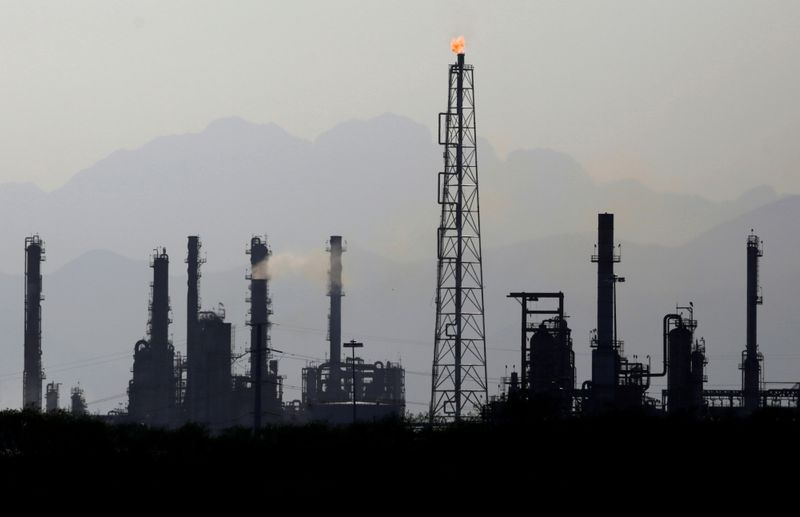 Separately, global markets should not expect more oil from Iran in the near future.

Indirect U.S.-Iranian talks on salvaging the 2015 Iran nuclear deal teetered on the brink of crisis on Friday as they broke off until next week.