By Florence Tan and Joyce Lee

SINGAPORE (Reuters) -Global oil supply is set to tighten, intensifying concerns over soaring inflation after the OPEC+ group of nations announced its largest supply cut since 2020 ahead of European Union embargoes on Russian energy.

The move has widened a diplomatic rift between the Saudi-backed bloc and Western nations, which worry higher energy prices will hurt the fragile global economy and hinder efforts to deprive Moscow of oil revenue following Russia's invasion of Ukraine.

Global crude futures jumped this week, returning to three-week highs, after the Organization of the Petroleum Exporting Countries and their allies, including Russia, on Wednesday agreed to slash output by 2 million barrels per day just ahead of peak winter season.

This is likely to drive spot prices higher, particularly for Middle East oil, which meets about two-third of Asia's demand, industry participants said, adding to inflation concerns as governments from Japan to India fight rising costs of living while Europe is expected to burn more oil to replace Russian gas this winter.

"We are concerned about a resurgence in international oil prices, which have shown some signs of calming down since the second quarter," a spokesperson at SK Energy, South Korea's largest refiner, told Reuters.

Another South Korean refining source said the supply cut could drive prices back to levels seen in the second quarter.

South Korea, Asia's fourth-largest economy and a manufacturing powerhouse, has seen costs skyrocket due to the surging commodity prices.

Brent hit $139.13 a barrel in March, the highest since 2008, after the Ukraine war sparked fears of Russian oil supply loss. [O/R]

Saudi Energy Minister Abdulaziz bin Salman said the real supply cut would be about 1 million to 1.1 million bpd, a response to rising global interest rates and a weakening world economy.

That move triggered a sharp response from Washington, which criticised the OPEC+ deal as shortsighted. The White House said President Joe Biden would continue to assess whether to release further strategic oil stocks to lower prices.

"Saudi, UAE (the United Arab Emirates) and Kuwait are likely to take up most of the burden of cuts," said Tilak Doshi, managing director of Doshi Consulting, who was previously with Saudi Aramco (TADAWUL: 2222 ).

"It's a slap on Biden administration's face by OPEC+," he said, adding that ties between Russia and Saudi seem increasingly tight.

While the SK Energy spokesperson expects U.S. reserves release to accelerate ahead of the U.S. midterm elections in November, RBC Capital analysts said follow-on sales would likely be more incremental.

"We are unlikely to see another blockbuster release in the near term," the bank added.

"We hope OPEC+ will play a central role in balancing supply and demand in the run-up to the winter demand season," said Shunichi Kito, president of the Petroleum Association of Japan (PAJ).

Industry participants estimate the loss of Russian crude at between 1 and 2 million bpd, depending on how Moscow reacts to the G7's price cap on Russian oil. That policy is aimed at ensuring Russian oil continues flowing to emerging economies but at lower prices to reduce Moscow's revenues.

"The market is still underpricing the actual loss," said a Singapore-based crude oil trader who declined to be named due to company policy.

The move by OPEC+ prompted warnings from oil importing emerging markets, some of which have become particularly vulnerable to price shocks amid recent global supply snags.

Sri Lanka is battling its worst economic crisis since independence from Britain in 1948, with a plunge in its currency, runaway inflation and an acute dollar shortage to pay for essential imports of food, fuel and medicine. 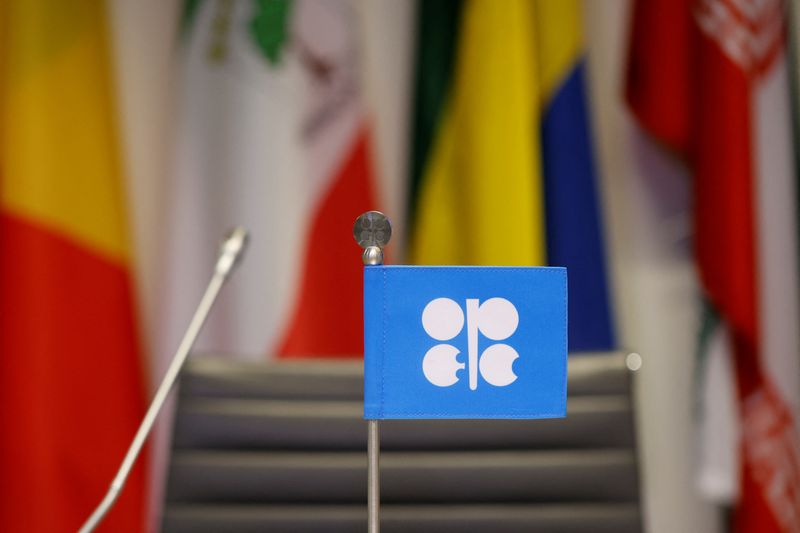 President Ranil Wickremesinghe warned Sri Lanka will have to pay even more for fuel as richer countries stock up for their own needs.

"This is not just an issue faced by us but several other South Asian countries," he told parliament on Thursday. "Global inflation is going to hit us all next year."