Seeing explosive growth, SHAREit has ranked 4th globally after Google (NASDAQ: GOOGL ), Facebook (NASDAQ: FB ) and TikTok in the recently released AppsFlyer non-gaming Retention and IAP Index report across all categories. In Africa, the app has placed 8th in the gaming category on Android across the continent and ranks #8 globally across the various gaming categories.

The attractive proposition to share files and games without using costly data has ensured the app’s popularity in South Africa with around 20m monthly active users.

SHAREit’s Game Centre has attracted a huge following offering one of the world’s largest catalogues of over 2000 mobile games. With games of various genres from casual, mid-core, hyper-casual to arcade, simulation and puzzle, the platform provides players with the access to download, play and share hot games.

Local brands are recognising the marketing power of reaching almost one in three South Africans via in-app advertising. Within the Retention Index, one of the data points that is highly valued amongst marketers, SHAREit ranked 4th in the Android non-gaming, life and culture category in the Africa region based on retention rates.

“SHAREit is playing a vital role in paid app growth and usage in the Africa region. After install rates, retention is a hugely valuable metric for app marketers, because it determines customer lifetime value. In 2021, we have not only helped brands with massive user acquisition but have also enhanced their quality with high retention rates.” explains Chanel Hardman, Country Director for SHAREit.

Karam Malhotra, Partner and Global VP of SHAREit Group, explains “We are constantly experimenting with ways to enable more discoverability for e-commerce companies and brands through SHAREit because we have high retention rates of users for the entire year, offering a platform infrastructure that allows brands to access reach and build longer-term relationships.”

According to Statista, as of the first quarter of 2021, Android users were able to choose between 3.48 million apps, making Google Play the app store with the biggest number of available apps.

The Apple (NASDAQ: AAPL ) App Store was the second-largest app store with roughly 2.22 million available apps for iOS which is great news for consumers but, as Apps Flyer so succinctly explains, “In a post-iOS 14 world, making good choices is no easy task for marketers as mobile advertising is transforming at its core.”

“The Performance Index XIII offers great insights on which media sources to partner with. SHAREit ranked amongst the search and social giants and we are delighted about this continued great performance. Our trajectory is truly exciting,” concludes Hardman. 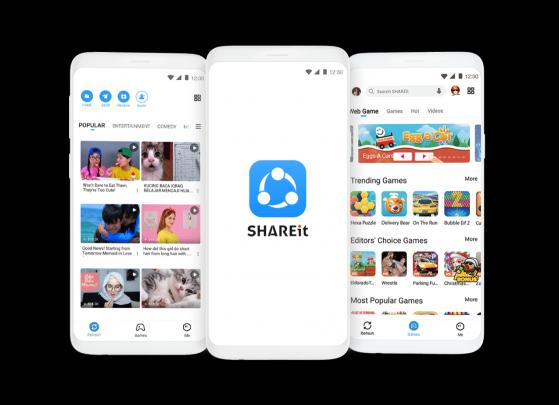