(Bloomberg) -- The message from markets this past week has been that Federal Reserve Chairman Jerome Powell will channel his inner Paul Volcker and deliver the fire and brimstone of large, inflation-crushing interest-rate increases in remarks at Jackson Hole on Friday.

“I think he will lay out a case, as he did in his last press conference, for slowing the pace of increases. We had two 75-basis-point moves. Our expectation would be, barring significant data surprises, that the September move is 50,” Hatzius told Bloomberg Television’s Surveillance on Tuesday. “I don’t think he will be specific about the number, but I do think he will be saying there is a risk of over-tightening, and therefore it makes sense to go a little bit more slowly than the outsized increases.”

Investors may be following Hatzius’s view. Stocks steadied on Tuesday, though the S&P 500 is still down almost 4% from a week ago. Treasury yields declined, but the 10-year yield remains near 3% after almost doubling in 2022.

Hatzius isn’t suggesting Powell will suddenly transform into Arthur Burns, the Fed chairman in the 1970s known for a dovish monetary policy, opening the way for his successor -- Volcker -- to keep raising rates until inflation eased.

Powell “will make clear that the job is not yet done” when he speaks at the Fed’s annual symposium in Wyoming, the Goldman economist said. “Inflation is too high. They are very committed to bringing inflation back down to 2%.”

The central bank this year has raised its overnight lending rate four times to 2.5% from near zero to combat still high US inflation at 8.5%, the fastest pace since the 1980s. But the central bank has “a balancing act” to perform, Hatzius said, raising rates enough to bring down prices of goods and services while not pushing the economy into recession.

“We have continued to be in the soft-landing camp,” he said. “It is going to be a slowing growth environment. A year from now, two years from now, inflation will be much lower.”

To get there, Hatzius anticipates a Fed funds rate of “3.5% or more,” he said. “If you get to the mid-3s or maybe even a little bit higher, and then you stay there. While inflation will look a lot better a year from now, I think it will still be significantly above the target, and ultimately they do want to get back down to pretty close to 2%.” 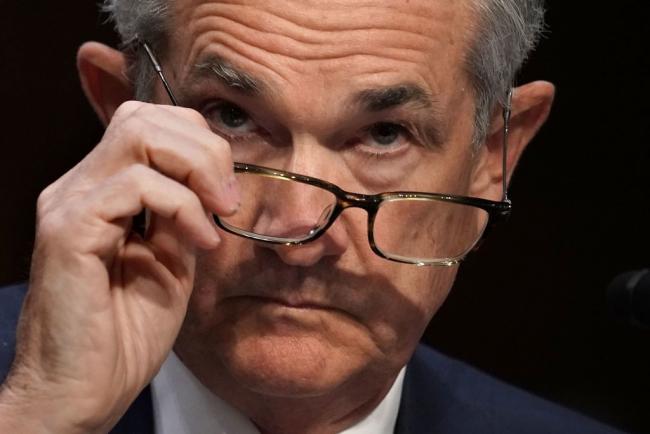