(Bloomberg) -- The new year has barely begun and global markets are already under threat from a geopolitical flare-up that few saw coming, and that’s hurting risk-sensitive currencies such as Sweden’s krona .

The Scandinavian currency was set for worst week against the dollar since early November amid escalating tensions in the Middle East after a U.S. airstrike killed a top Iranian general. The krona had staged a dramatic recovery in the final quarter of 2019 -- rallying about 5% -- as the Riksbank exited almost half decade of negative interest rates.

With Iran’s threat of “severe retaliation” raising fears of an armed conflict in the Middle East, investors may be in for more volatility than they were ready for. That’s undermining the optimism that has been building in recent weeks for brighter economic prospects in 2020, with the U.S. and China now headed for a trade truce and the U.K. looking set to avoid an immediate chaotic exit from the European Union.

“The timing of the latest escalation of the tensions between the U.S. and Iran is unfortunate,” said Valentin Marinov, head of G-10 currency research at Credit Agricole (PA: CAGR ) SA in London. “It could trigger unwarranted tightening in the global financial conditions and dash market hopes for a rebound of the global economy that is still to emerge from under the cloud of the U.S.-China trade war. Risk sentiment should remain fragile.”

The krona was down 0.7% this week at 9.4059 per dollar as of 2:10 p.m. in London, on track for the biggest five-day loss since the period ended Nov. 8. The Swedish currency reached 9.2949 on Dec. 31, its strongest level in six months. The Australian and New Zealand dollars dropped around 0.5% each this week. The yen led gains Group-of-10 peers on haven bids, with an advance of 1.2% against the dollar.

While key economic data such as services-sector figures from Europe and trade and payrolls reports from the U.S. will be in focus next week, geopolitics may continue to overshadow them.

The “geopolitical wind blows against the tide of economic data,” Societe Generale (PA: SOGN ) SA strategist Kit Juckes wrote in a client note. “In foreign-exchange markets, safe havens and oil-sensitive currencies benefit but it’s the yen which is the clear winner.” He also recommended betting on Sweden’s currency weakening against the Norwegian krone. 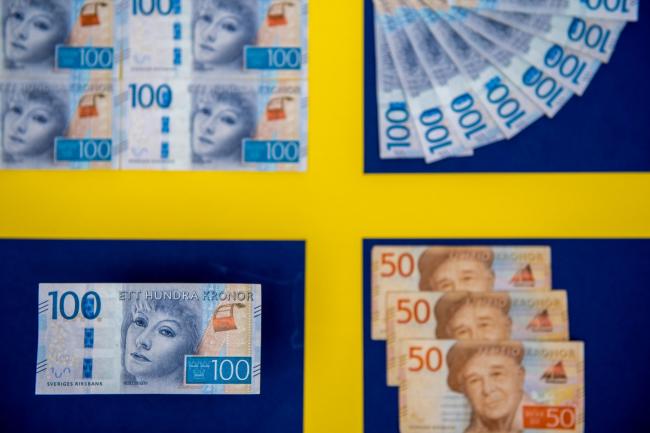