(Bloomberg) -- Rolls-Royce Holdings Plc (LON: RR ) plans to eliminate 3,000 jobs in the U.K. this year, the first wave of cuts that could ultimately see the jet-engine maker emerge from the downturn a much smaller business.

The London-based manufacturer said it expects to trim a total of 8,000 positions from the aviation division. This would make up the bulk of the 9,000 global reductions it announced in May, when it became clear how the Covid-19 crisis is undermining demand for new aircraft.

Rolls-Royce (OTC: RYCEY ) is offering voluntary redundancy packages to all of its aviation workforce and part of its back-office staff, according to an email on Wednesday. The company expects 1,500 jobs to go in Derby and the East Midlands, its main manufacturing base, 200 in nearby Barnoldswick, and an additional 700 in Inchinnan, Scotland.

Sites across the rest of the U.K., including Bristol and Solihull, will also see losses ranging from 50 to 200 jobs per location. The company had initially planned to open up voluntary redundancy on May 28 but had to hold off following disagreement with unions over the terms of the package, based on an earlier statement on the GMB union’s website.

“We are facing changes to the business on a scale we have not seen for 50 years,” Chris Cholerton, president of civil aerospace at the company, said in the emailed statement. “This is going to be very tough for everyone, but we have to ensure Rolls-Royce can thrive for future generations.”

The British industrial giant, which also has operations in the defense and energy sectors, has been through several contractions in its aerospace business, and Chief Executive Officer Warren East was just turning a corner on persistent engine-quality problems before the pandemic struck. It’s now left facing the loss of a huge chunk of revenue as airlines ground planes and airframers cut production to get through the crisis.

Layoffs are being announced across the aviation and aerospace industries. U.S. planemaker Boeing (NYSE: BA ) Co. has embarked on thousands of job cuts, and rival Airbus SE (OTC: EADSY ) has also signaled a need to reduce headcount. French jet engine and parts maker Safran (PA: SAF ) SA has said 5,000 positions outside France will go -- including 3,000 in Mexico and the rest in countries like the U.S. and U.K.

U.K. unions were caught off-guard by Rolls-Royce’s initial announcement in May that it planned to cut jobs. GMB and Unite unions resisted the original plan, requesting more roles be trimmed voluntarily and better terms for redundancy packages.

While that obstacle’s been cleared, more friction is possible if not enough employees accept terms of the buyout offers. The next meeting with the union will take place on June 19, Rolls-Royce said. If no agreement can be reached, a ballot on strike action could follow, according to a labor representative.

“The job losses have to happen because there is simply that much less manufacturing activity,” said Jefferies (NYSE: JEF ) analyst Sandy Morris. “If you carry 700 million pounds too much in cost, your cash generation remains weak for years.”

Rolls-Royce could also close sites in its bid to slash costs. A company official said Wednesday that it’s considering closing the services business at its Inchinnan, which makes a range of gas-turbine products including compressor blades and aircraft seals. Other sites which have seen their aerospace work dry up could also be at risk of closure, said the union representative. One such site is Hucknall, which manufactures components for gas turbines and employs 800 people.

The company chief has also said the company would consider taking advantage of the U.K. government’s Covid Corporate Financing Facility to ensure extra liquidity but it would “be a relatively small amount of funding.” Unions want the company to take additional government funding in order to reduce the need for job losses.

Trade union representatives are also seeking to expand voluntary redundancies into nuclear and submarine operations, to retain more of the skilled aerospace workforce for an eventual recovery. 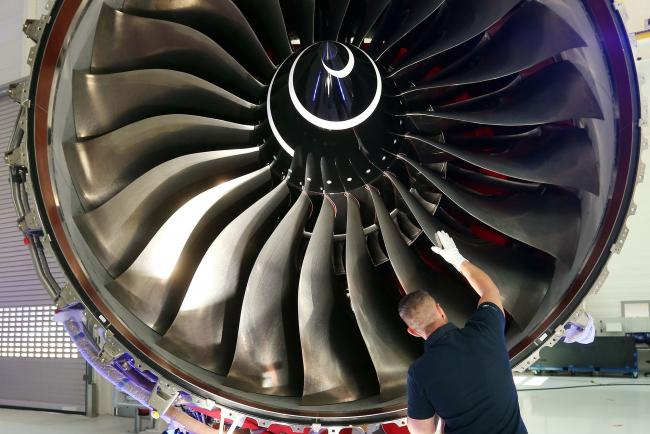