(Bloomberg) -- Banco Santander SA (NYSE: SAN ) rebounded from its worst-ever quarter with profit that beat estimates and improved capital as it seeks to convince regulators that its balance sheet is strong enough to resume dividend payments.

After recording the first loss in its 163-year history in the second quarter, net income totaled 1.75 billion euros ($2.1 billion) in the third, beating estimates of about 1 billion euros, the bank said on Tuesday. The CET1 ratio, a key measure of capital strength, improved to 11.98% from 11.84% at the end of June.

The results strengthen a push by lenders to overturn the European Central Bank’s de-facto ban on paying dividends, which has pushed down share prices. Santander (MC: SAN ) Chairman Ana Botin has argued that the measure is harmful not only to bank stocks but also to the economy as a whole because it restricts the flow of capital and increases the cost of equity.

Santander was boosted by its operations in Brazil, as the third-quarter earnings once again highlighted diverging fortunes between Europe and its the bank’s more successful businesses in the Americas.

The bank expects underlying profit for the full year to reach 5 billion euros, compared with estimates of 3.66 billion euros.

Profit was lifted by better-than-expected cost savings, the bank said. The lender held back 2.5 billion euros for loan losses in the quarter after 7 billion euros of provisions in the first half. Net interest income fell from a year earlier to 7.77 billion euros.

Santander will hold a shareholders meeting on Tuesday to vote on a proposed dividend for this year’s earnings. 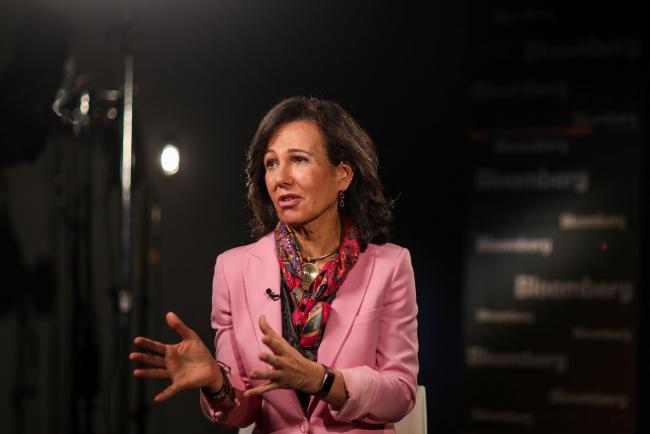