(Bloomberg) -- Employment at US state and local governments will take another three years to fully recover from the mass layoffs of the pandemic recession, partly due to struggles in matching private-sector wage increases, according to Morgan Stanley (NYSE: MS ) economists.

While the private sector of the labor market surpassed its pre-pandemic level in June, the rebound in local government employment has been sluggish, and those jobs won’t fully recover until December 2025, according to a research note from the bank’s analysts Monday.

Despite saving almost $100 billion in the past 2 1/2 years from reduced payrolls, in addition to the $900 billion in pandemic-related relief from the federal government, state and local officials have had trouble luring workers.

The extra funds take longer to deploy toward workers in the public sector since pay is set largely during annual budgeting. Meanwhile private-sector employers, particularly in services and transportation, have been rapidly raising pay to lure workers. Early retirement also hit the government sector hardest, leaving a bigger gap to fill.

Local government jobs, including education, remain more than half a million below the pre-pandemic peak. Hiring at the state level has been more successful, with total employment that’s a more manageable 59,000 below February 2020.

“The public sector has struggled to bring workers back and is on track for a slow recovery,” Morgan Stanley economists led by Sarah Wolfe said in a note to clients. They added that state and local government credit remains durable.

Meanwhile, demand in the sector remains high, with about 2.5 job openings per unemployed person in the government sector, Morgan Stanley said. 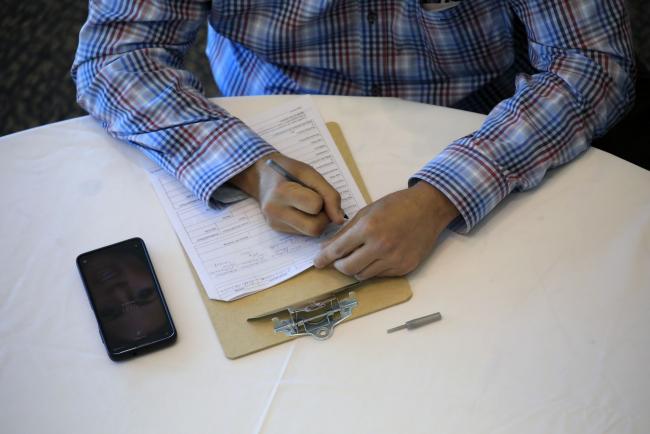