(Bloomberg) -- SoftBank Group Corp., under pressure to raise capital after record losses in its investment business, is unloading part of its stake in wireless carrier T-Mobile US (NASDAQ: TMUS ) Inc. in a $21 billion deal.

The transaction, along with a plan to sell a 5% stake in its Japanese wireless subsidiary, is part of a broader $42 billion push by SoftBank to unload assets to finance stock buybacks and pay down debt. Masayoshi Son, the company’s founder, is dealing with steep losses in his Vision Fund after writing down the value of investments in the sharing economy from WeWork to Uber Technologies (NYSE: UBER ) Inc.

SoftBank’s shares gained as much as 3% in Tokyo. The Japanese investment giant will now turn its attention to other assets in its portfolio and may pursue an outright sale of part of its stake in Chinese e-commerce giant Alibaba (NYSE: BABA ) Group Holding Ltd. Son has said $11.5 billion raised from issuing contracts to sell stock in Asia’s largest corporation was a first step toward unwinding more of its holdings.

SoftBank “needs to further enhance its cash reserves,” the Japanese company said in a statement on Tuesday, citing concerns for “a second and third wave of spread of Covid-19.” The company may invest the proceeds in high-quality securities until they are used for buybacks or debt reductions, it added.

The Japanese company is trying to shore up a balance sheet devastated by writedowns that triggered a record 1.9 trillion yen ($18 billion) loss last fiscal year at the Vision Fund. As concerns about investments mounted, Son responded with share repurchases in rapid succession, completing a $4.7 billion buyback program in just three months.

As part of a complex series of transactions unveiled Tuesday, T-Mobile will hold a public offering of 133.5 million shares of its common stock, the carrier said in a statement. It also will grant the underwriters 10 million shares. Additionally, T-Mobile intends to sell as many as 30 million common shares to a Delaware statutory trust.

Five million shares will be sold to an entity controlled by Marcelo Claure, a SoftBank executive and T-Mobile board member, with funding coming from SoftBank. And T-Mobile will have the right to buy almost 20 million shares. Altogether, as many as 198.3 million shares owned by SoftBank will be transferred.

SoftBank secured the stake in T-Mobile US just this year, after U.S. regulators approved the American wireless carrier’s $26.5 billion takeover of Sprint Corp. T-Mobile’s market value is about $132 billion.

T-Mobile stock closed at $106.60 Monday in New York, putting the value of the 198 million shares at about $21 billion. They had been up 36% this year through Monday’s close.

Both companies had said earlier they are discussing a possible deal. Even before the transaction, Deutsche Telekom AG (DE: DTEGn ) was the controlling shareholder of T-Mobile due to how voting rights were structured following the Sprint deal.

(Updates with SoftBank’s shares from the third paragraph) 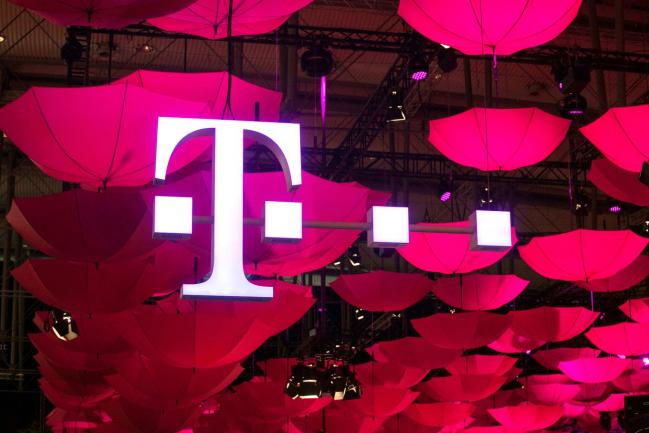