The tech-laden Nasdaq surged the most - its 2.7% advance was powered by gains in Apple Inc (NASDAQ: AAPL ), Tesla (NASDAQ: TSLA ) Inc and Amazon.com Inc (NASDAQ: AMZN ).

On a weekly basis, the S&P 500 , Nasdaq and Dow are on track to snap their longest losing streaks in decades, during which the benchmark S&P plummeted 14.1% and brought it within striking distance of being confirmed as a bear market.

At current levels, all three indexes are poised to notch their biggest weekly gains since mid-March.

"With first quarter earnings essentially over and coming in better than expected, combined with the Fed indicating that they are going to be front-end loading its rate-tightening policy and implying it may pause later in the fall, all of that has given investors reason to feel optimistic," said Sam Stovall, chief investment strategist at CFRA Research in New York.

Upbeat guidance from retailers appeared to offset dour warnings from their peers in recent weeks.

The minutes from the Federal Open Market Committee's (FOMC) most recent monetary policy meeting calmed fears that the U.S. central bank could turn more hawkish, a concern which has fed into market volatility in recent weeks.

"We have had 65% more daily price moves of 1% or more than the average since WW2," Stovall said.

"If the Fed is too aggressive, they'll choke off inflation but also choke off economic growth," he added. "It's like in the winter you want to tap your brakes, not slam on them, to maintain control and avoid spinning out."

Of the 11 major indexes in the S&P 500, all but real estate ended the session up. Consumer discretionary led the gainers, rising 4.8%, with tech and financials placing and showing at 2.5% and 2.3%, respectively.

Shares of Twitter Inc jumped 6.4% on news that the social media company is suing billionaire Elon Musk for delayed disclosure of his stake in the company.

U.S.-listed shares of Alibaba (NYSE: BABA ) Group rose 14.8% after the Chinese e-commerce company beat estimates, even as it declined to provide forward guidance in view of COVID-19 restrictions in China.

Advancing issues outnumbered declining ones on the NYSE by a 5.16-to-1 ratio; on Nasdaq, a 2.95-to-1 ratio favored advancers. 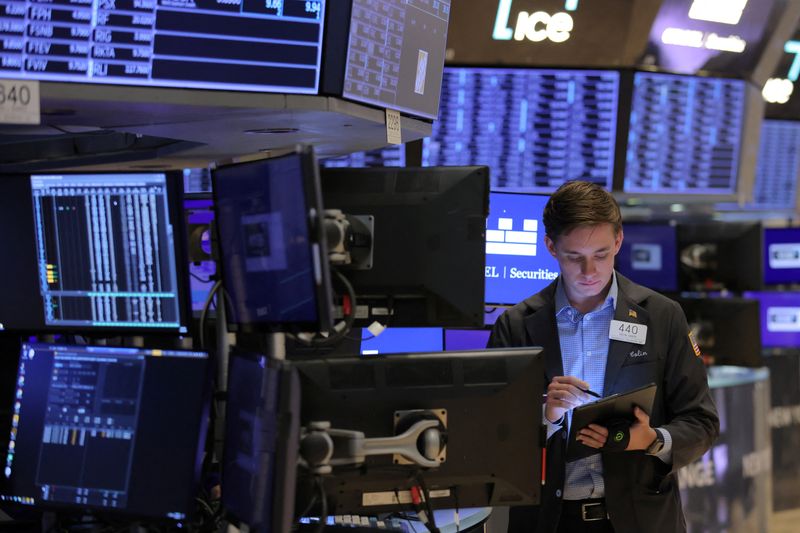 Volume on U.S. exchanges was 11.43 billion shares, compared with the 13.22 billion average over the last 20 trading days.