By Giulio Piovaccari and Nick Carey

MILAN (Reuters) - Automaker Stellantis rolled out its software strategy on Tuesday including a 2030 target of 20 billion euros ($22.54 billion) in annual revenue from related products and subscriptions as it takes aim at rival Tesla (NASDAQ: TSLA ).

CEO Carlos Tavares said the world's fourth largest carmaker expected to have 34 million connected vehicles on the road by then, up from 12 million now.

As part of its software push, Stellantis said from 2024 it would deploy three new technological platforms powered by artificial intelligence (AI).

"This is something that will put Stellantis among the leaders, if not the leader, in software and electronics," said Chief Software Officer Yves Bonnefont, adding that these platforms would match those of competitors.

Software was part of a plan announced by Stellantis this year to invest more than 30 billion euros through 2025 to execute its electrification strategy.

Bonnefont said the group would move its vehicles from their current dedicated electronic architectures to an open software platform, leveraging partnerships.

"We don't want to do everything by ourselves," he said.

Stellantis has strategic partnerships with companies including BMW, iPhone maker Foxconn and Alphabet (NASDAQ: GOOGL ) Inc's Waymo, to enable it to "continue to drive innovation, efficiency and shared know-how", it said.

Bonnefont said Stellantis should finalise a joint venture with Foxconn by the end of 2021 to supply in-car and connected-car technologies across the auto industry.

Stellantis also announced on Tuesday a preliminary agreement on a separate partnership with Foxconn to design purpose-built semiconductors to support the carmaker and other customers.

Investors and analysts see Stellantis playing catch-up in advanced technology investment not only to Tesla but to traditional rivals such as Volkswagen (DE: VOWG_p ) and GM.

Tesla's market cap of over $1 trillion reflects in part the importance of software capabilities in automakers' valuations.

Software is playing an increasing role in vehicles from managing electric motors and batteries to supporting functions such as autonomous driving, entertainment and navigation.

Volkswagen expects some 1.2 trillion euros of software enabled sales in the car industry by 2030, or about a quarter of the global mobility market, which is expected to more than double to 5 trillion euros.

Self-driving software systems and other services like high-definition mapping and electric charging services are seen generating future revenue for carmakers.

Volkswagen, for instance, is considering charging for self-driving features starting at 7 euros per hour.

GM is among those aiming to convince investors it can top Tesla in technology and profitability.

In October, GM told investors it aimed to double its revenue by 2030, including adding $80 billion from technology-driven new businesses such as its Cruise autonomous vehicle unit. 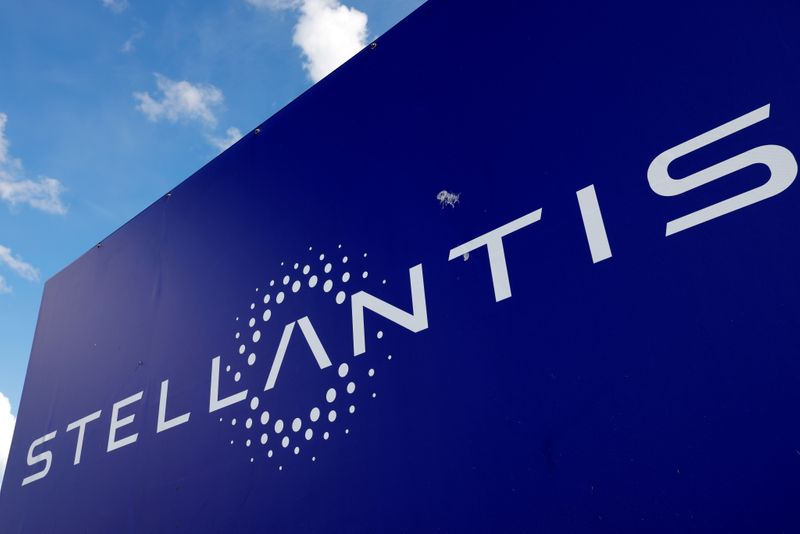