(Bloomberg) -- The broad selloff in risk assets is offering a buy signal to contrarian investors.

Count Dennis Gartman among them.

The retired publisher of the long-running investor note, The Gartman Letter, has been bearish on equities since early January.

But after the wave of selling triggered last week by the Federal Reserve’s 75 basis-point interest-rate increase, Gartman says he’s moderating that view, in an interview Monday with Bloomberg Radio.

“We’ve gotten too many people who are bearish,” says Gartman, who now chairs the Endowment Investment Committee at the University of Akron.

He calls the number of put positions taken in stocks last week “historically unprecedented,” and it’s a signal to go “a little bit long,” by his account.

“At least a bounce is required for the next week or two or three, after the oversold conditions we got Friday afternoon,” Gartman says.

The S&P 500 closed Friday 1.7% lower, capping off two straight weeks of declines. The benchmark gauge was little changed at the start of Monday’s session.

A stronger dollar is piling on the pressure to risk assets. Another of Wall Street’s most vocal bears, Michael Wilson of Morgan Stanley (NYSE: MS ), says the greenback’s recent rally is creating an untenable situation for stocks.

Overnight, the British pound sank to an all-time low against the greenback after Chancellor Kwasi Kwarteng promised “more to come” on tax cuts, raising fears of even further inflation and debt in the midst of a cost of living crisis in the UK.

Gartman thinks that may be overdone as well. 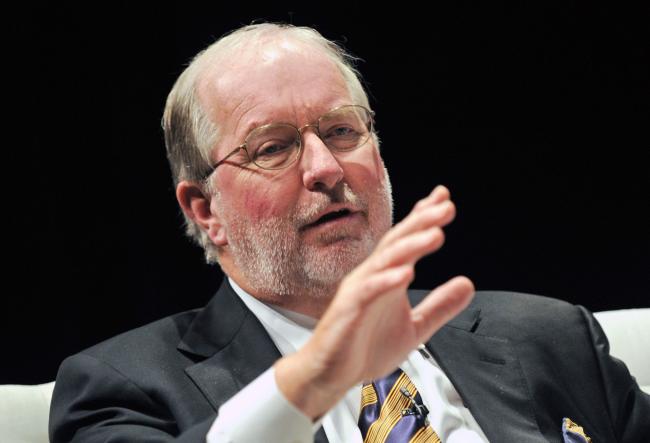