(Bloomberg) -- Britain’s consumer energy suppliers are already being squeezed by regulators and tight margins in the electricity market. Brexit may add to that pain.

Efforts by the U.K. to exit the European Union have depressed the value of the pound, adding to the cost utilities pay for importing supplies from the rest of Europe. A further drop could worsen the finances for the companies that sell power and natural gas at the retail level -- at least 16 of which have folded since the Brexit vote in 2016.

That view, echoed by regulators and other industry participants, highlights the risks of unintended consequences from Brexit unraveling government efforts to spur competition in the electricity business. Dozens of companies from Ovo Energy Ltd. to Bulb Energy Ltd. have sprung up in the U.K. as the Conservative government sought to bring even more players to into energy markets dominated by big utilities.

While the incumbents have more sophisticated trading floors and hedging operations to anticipate market swings, the smaller players have been caught out in recent months. Two went bust in August alone.

That makes the small suppliers one of the only potential victims of Brexit in the energy industry, where executives anticipate power and gas will keep flowing regardless of how trade rules change.

The pound has dropped about 15% since the 2016 Brexit vote. Wholesale power prices are lower than the four-year average because natural gas prices have dropped. While customer bills are only adjusted once a year or less, market prices can change overnight. Companies must cope with those fluctuations.

“There are a range of shocks -- wholesale prices could be affected by exchange rate moves,” Joe Perkins, the chief economist at regulator Ofgem, said in an interview in London. “We do monitor that pretty closely.”

The companies in the next tier down are boosting share. That group includes Bulb and Ovo, which is buying the retail arm of SSE PLC (LON: SSE ).

It’s the smaller suppliers that are most at risk, with some exiting the market after they failed to hedge wholesale price risks properly when they surged early 2018 because of cold snaps dubbed “beasts from the east,” Ofgem said in a report last week. Medium-sized utilities have fared better in the market than the smallest new entrants, it said.

Robin Hood Energy Ltd., which owes Ofgem 9.4 million pounds ($11.5 million) under a program to enforce more use of renewables, said “we operate in a tough market, but we remain on track to report a surplus for this financial year and next.”

A no-deal Brexit is one of many possibilities Robin Hood is preparing for at the end of the month, according to head of marketing and acquisitions, Richard Johnson.

The uncertainty around Brexit is limiting opportunity for Brits Energy Ltd., chief executive officer Ahmad Mohseni said by phone. Currency fluctuations “will definitely have an impact,” he said.

“If the value of sterling goes down we’d still have an opportunity to export, but imports may not be as attractive,” he said. “I guess when Brexit happens we’re going to take some pain but it’ll subside after a few years.”

The government has held discussions with industry groups around the country to prepare businesses for Brexit. “Smaller energy firms are still finding it challenging to prepare themselves though, as they often don’t have the resources or financial support,” said Tanisha Beebee, a senior energy adviser at the CBI, Britain’s main business lobby group.

There are currently five interconnectors that enable electricity trade between Britain and other jurisdictions. In the first quarter, electricity imports through those links hit a record 7% of total demand. Six new links -- with Denmark, France, Ireland and Norway -- are under construction, which should about double import capacity.

Because the U.K. and its neighbors rely on each other as they use cross-border trade to help keep power and gas prices low, analysts are not expecting supply disruptions. Still, the utilities themselves and the regulator are mindful of price surges.

For U.K. energy suppliers as a whole, the most “problematic” issue is that the entire industry bears some of the cost of failures in the system, said Ofgem’s Perkins. The regulator is looking at whether to make it harder for new businesses to enter the market, which may ensure that future suppliers are more financially robust.

“We are thinking of changing essentially the license conditions for suppliers, which will hopefully make sure suppliers are very protective of consumers’ interests and perhaps more fiscally prudent as well,” Perkins said. 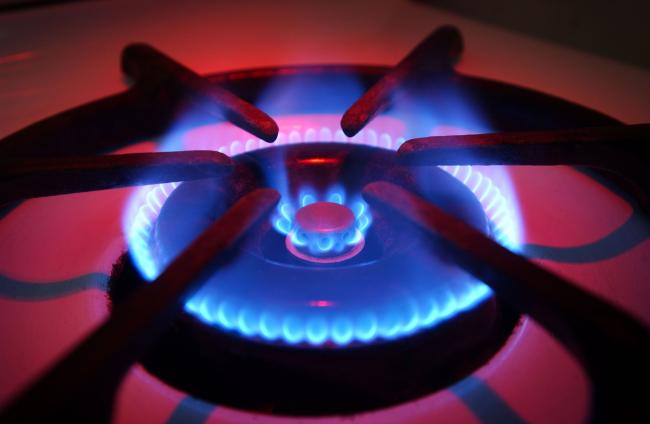