(Bloomberg) -- Institutional investors haven’t been this skeptical on Apple Inc (NASDAQ: AAPL ). since at least the financial crisis.

They reduced their holdings in the iPhone maker by about 153 million shares in the first three months of the year, an analysis of 13F filings showed. That’s the biggest decrease since at least the first quarter of 2008 when Bloomberg started tracking the data. It’s also the most among any S&P 500 stock in the first quarter.

The drop in holdings is the third such reduction in the last four quarters, with the outlier being an 8.6 million share increase in the last three months of 2017. Investor sentiment on Apple has soured this year amid concern about whether the company will be able to sustain its pace of iPhone unit sales.

Of course one notable exception to the trend is Warren Buffett. Berkshire Hathaway Inc . (NYSE: BRKa ) bought an additional 75 million shares of Apple in the first quarter, to become the company’s third-largest investor.

Meanwhile, institutional investors either increased their positions in Apple’s FANG peers or cut them by fewer than 10 million shares, the analysis of the filings showed.

Tuesday is the deadline for institutional investment managers with more than $100 million in assets to file their first-quarter 13F reports with the Securities and Exchange Commission.

(Corrects spelling of Securities and Exchange Commission in last paragraph.) 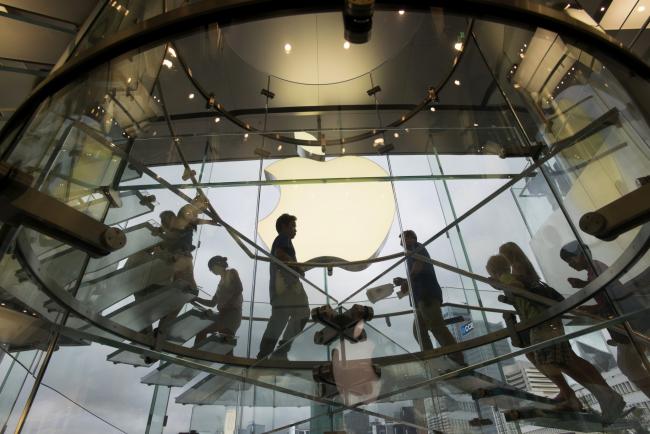