(Bloomberg) -- Want the lowdown on European markets? In your inbox before the open, every day. Sign up here.

Shell’s adjusted net income for the third quarter was well above even the highest analyst estimate as its integrated gas and oil trading churned out cash. However, the energy giant warned that the pace of share buybacks could slow due to “prevailing weak macroeconomic conditions.”

It’s a performance that echoes Shell’s closest rival BP (LON: BP ) Plc, which also posted better-than-expected earnings but disappointed shareholders hoping for a dividend increase. The third quarter was a difficult period for energy producers, with crude prices sinking over worries about the economic impact of the U.S.-China trade war while natural gas markets are enduring a long stretch of oversupply.

“Our earnings reflect the resilience of our market-facing businesses and their ability to capitalize on market conditions, including very strong trading and optimization results this quarter,” Shell (LON: RDSa ) Chief Executive Officer Ben van Beurden said in a statement. “Our intention to buy back $25 billion in shares and reduce net debt remains unchanged,” but there’s some uncertainty over whether it will be completed within the 2020 timeframe, he said.

Shell (LON: RDSa ) said adjusted net income was $4.77 billion in the quarter, beating the average analyst estimate of $3.92 billion. That compares to profit of $5.62 billion in the same period last year, and improves on a surprisingly weak second quarter.

Cash flow from operations including working capital, perhaps the single most important measure for Shell (LON: RDSa ) as it aims to distribute $125 billion to shareholders between 2021 and 2025, was $12.25 billion, little changed from a year earlier and beating analyst estimates gathered by Shell of $11.5 billion.

Shell (LON: RDSa ) had warned in its first ever pre-earnings “quarterly update” that upstream production would probably dip slightly from a year earlier, though the impact of the decline may be offset by a strong performance in its market-leading liquefied natural gas trading business.

The company decided to disclose more information before publishing its results following complaints its earnings were too volatile to predict. In the first quarter of 2019, it beat analyst estimates by 14%, then missed them by 28% the following quarter.

Shell’s peers also made one-time disclosures this quarter to flag bearish news. BP (LON: BP ) Plc beat estimates on Tuesday but only after analysts downgraded them by about 35% after the company flagged a $2.61 billion impairment charge. Exxon Mobil Corp (NYSE: XOM )., which reports earnings on Friday, said it will take a $400 million to $700 million hit from lower oil prices. 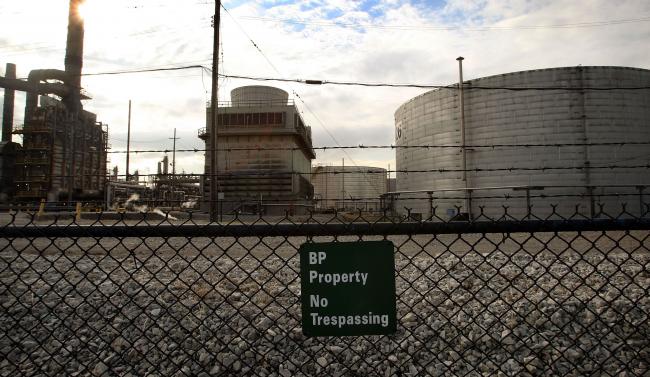