By Matt Scuffham and Dhara Ranasinghe

NEW YORK/LONDON (Reuters) - A semblance of calm returned to world markets on Monday as investors waited for more details to assess the severity of the Omicron coronavirus variant on the world economy, allowing battered stocks and oil prices to rebound.

The pan-European STOXX 600 ended up 0.7%, logging its best day in a month and recovering some of Friday's 3.7% slump triggered by concerns around the newly discovered variant.

MSCI's gauge of stocks across the globe gained 0.67%.

News of the variant triggered alarm and a sell-off on Friday that wiped roughly $2 trillion off the value of global stocks as countries imposed new restrictions for fear the variant could resist vaccinations and upend a nascent economic reopening after a two-year global pandemic.

Omicron, detected in South Africa last week, has been found as far as Canada and Australia. The World Health Organisation said on Monday the heavily mutated variant poses a very high risk of infection surges.

Still, investors drew comfort from signs that its impact might not be as grave as feared. In South Africa a top infectious disease expert said existing COVID-19 vaccines are probably effective at preventing severe disease and hospitalisation.

"Right now the market is reacting positively to statements that this variant is not going to be a major issue but there still remains a fair amount of concern," said Tim Ghriskey, chief investment strategist at Inverness Counsel in New York.

A South African doctor who was one of the first to suspect a new strain said on Sunday patients so far appeared to have mild symptoms.

"It was reported the new strain of the virus is 'unusual but mild' and that seems to be the driving force behind the rally in stocks today," said David Madden, market analyst at Equiti Capital.

MSCI's broadest index of Asia-Pacific shares outside Japan eased 0.4%, but found support ahead of its 2021 low. Japan's blue-chip Nikkei fell 1.6% as the country moved to bar foreigners to head off the Omicron strain.

Oil prices rallied, after plunging more than 10% on Friday in their biggest one-day drop since April 2020.

Speculation that oil producing group OPEC and its allies, known as OPEC+, may pause an output increase in response to the spread of Omicron aided the oil price rebound.

European Central Bank policymakers sought to reassure investors rattled by the new variant, arguing that the euro zone's economy had learned to cope with successive waves of the pandemic.

This encouraged a move out of safe-haven bond markets, which had rallied on Friday as investors priced in the risk of a slower start to rate hikes by the U.S. Federal Reserve, and less tightening by some other central banks.

European sovereign bond yields rose, with latest inflation numbers highlighting the challenges ahead for the ECB.

German inflation is set to surpass the 5% threshold in November for the first time in nearly three decades, regional data from several states suggested on Monday.

Gold prices eased, resuming a broad decline from the previous week, as the dollar firmed and risk sentiment recovered. 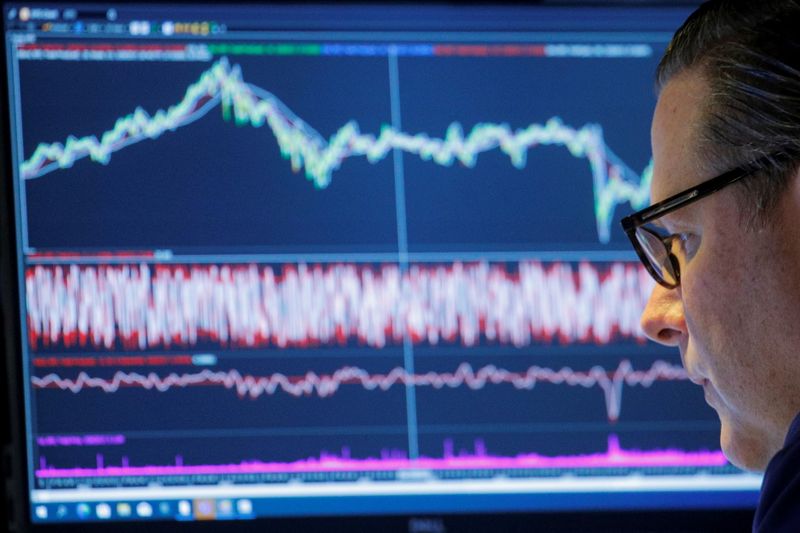