The bid for safety also boosted the U.S. dollar, which snapped a three-session losing streak, while the energy supply concerns weighed on the euro.

European Union leaders agreed to ration gas usage after Russian's Gazprom (MCX: GAZP ) said gas flows to Germany would fall from Wednesday to half of the current amount - already at just 40% of normal capacity.

U.S. equities fell with retail stocks after Walmart slashed its profit forecast late on Monday as surging prices for food and fuel spurred consumers to cut back on discretionary purchases. [.N]

Since Walmart is seen as a "litmus test for the health of the consumer," Carol Schleif, deputy chief investment officer at BMO Family Office, said investors are concerned about growth and feeling uncertain ahead of key economic data due out this week and the Fed's interest rate decision expected on Wednesday.

"This week is forcing investors to be very short-term oriented. It's not allowing anybody to lift their eyes up even a week or a month," Schleif said. "It's an asset market, not just in stocks, that seems to suggest people think growth is questionable in the intermediate term."

Investors are expecting a 75 basis point Fed rate increase on Wednesday, with markets pricing about a 10% risk of a larger hike, as well as waiting to see whether economic warning signs prompt a shift in rhetoric.

"If they did 100 basis points it would probably surprise the market. There's that nervousness. If it's 75, as expected, and the Fed says it's starting to see hints of slowing, the market might take that as a positive," Schleif said.

Adding to Tuesday's gloom was the International Monetary Fund forecast for global real GDP growth of 3.2% in 2022, down from its 3.6% forecast issued in April, with downside risks from high inflation and Russia's invasion of Ukraine potentially pushing the world economy to the brink of recession.

The gap between yields on two- and 10-year Treasury notes widened on Tuesday after more than two weeks when the short-end yield has been higher than the long end - often a recession signal.

"The flight to quality makes sense if you're concerned about a meaningful slowdown in growth or even heightened recession fears in Europe because of volatility in energy supply," said Subadra Rajappa, head of U.S. rates strategy at Societe Generale (EPA: SOGN ). "Then you should see investors flock to Treasuries."

After rising earlier in the session, oil prices settled in the red as investors worried about weaker consumer confidence and the expectation that another 20 million barrels of crude oil would be released from the U.S Strategic Petroleum Reserve.

Prices were supported earlier in the session on news that Russia was tightening its gas squeeze on Europe. 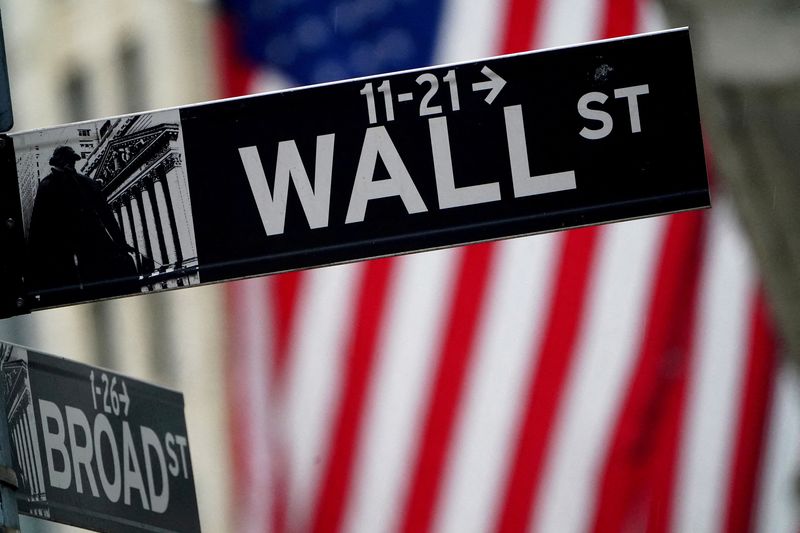 Spot gold dropped 0.1% to $1,716.98 an ounce as investors eyed economic uncertainties and waited on the Fed.