HONG KONG (Reuters) -Shares of Chinese internet gaming and social media giant Tencent Holdings Ltd (HK: 0700 ) gave up early gains to fall as much as 2.5% to HK$374.60 in the early afternoon, after Prosus (JO: PRXJn ) NV and Naspers (JO: NPNJn ) said they would gradually sell shares in the firm.

Tencent stock surged as much as 4.2% in morning trade to HK$400.20, its highest since June 9, before sliding in the afternoon. The stock last traded down 1.3%, the third biggest percentage decliner in the Hang Seng Tech Index. 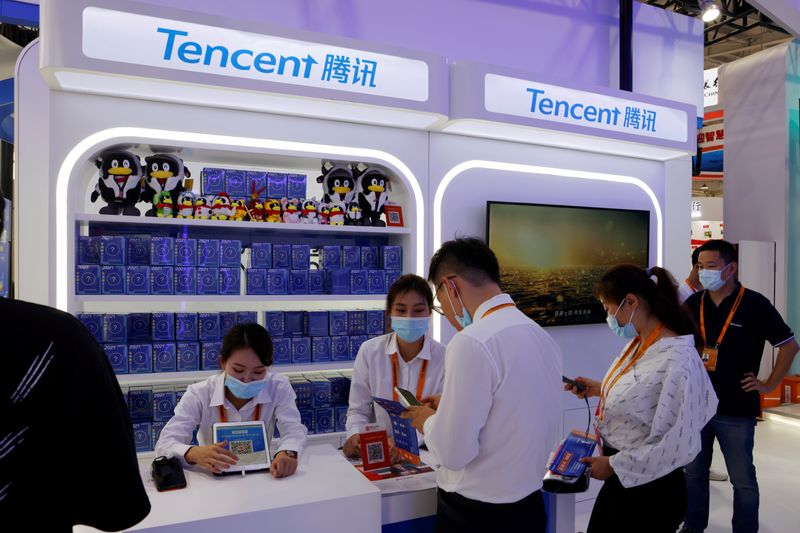 Dutch technology investment company Prosus and its controlling shareholder Naspers of South Africa said on Monday they intend to sell down their enormous stake in Chinese software giant Tencent to fund a share purchase programme.

Naspers, which holds 28.78% stake in Tencent through Amsterdam-listed subsidiary Prosus NV, posted a 16% drop in full year profit as it reinvested its earnings into other businesses and as the contribution from its shareholding in Tencent dropped after a stake sale last year.