SHANGHAI (Reuters) - Tesla (NASDAQ: TSLA ) is preparing to resume production at its Shanghai plant on Monday following a three-week stoppage, having received the go-ahead from local authorities, two people familiar with the matter said.

The Shanghai factory, located in the Pudong district east of the city's Huangpu River, suspended production on March 28 after the city started rolling out lockdown measures to combat a surge in COVID-19 cases that were later implemented city-wide.

The plan for resuming production has the blessing of local authorities but could still be subject to change depending on how the epidemic situation develops in the city, said the people, who declined to be named as the matter is private.

One of people said the U.S. carmaker planned to start with one shift and would gradually ramp up.

Tesla and the Shanghai government did not immediately respond to a request for comment.

The latest stoppage was the longest since the factory started production in late 2019 and has led to an output loss of more than 50,000 units, according to calculations based on internal output plans seen by Reuters. 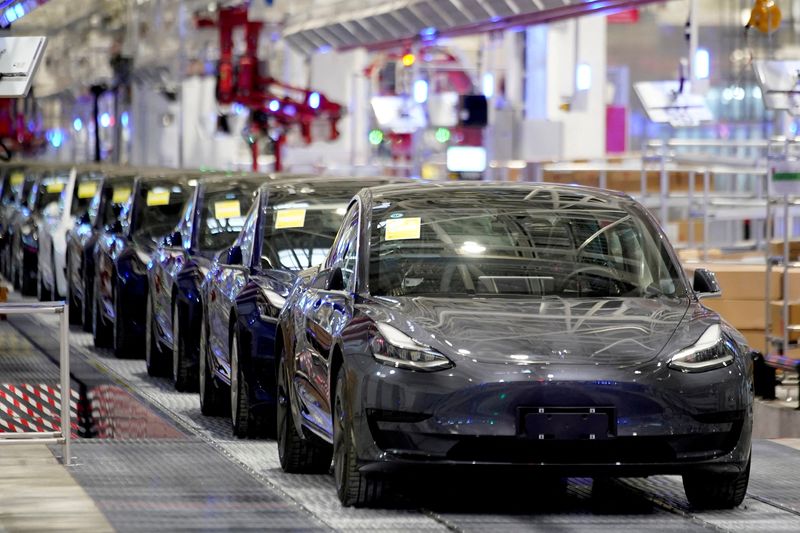 Ongoing production at the plant could be impacted by difficulties in procuring auto parts, however, as logistics in the city and surrounding areas have been severely disrupted by China's COVID curbs.

He Xiaopeng, the chief executive officer of Chinese electric-car maker Xpeng (NYSE: XPEV ), said on Thursday that automakers in China may have to suspend production in May if suppliers in Shangahi and surrounding areas were not able to resume work.