About $46 billion: That’s the cumulative market cap wipe-out from the top nine European luxury-goods stocks since a peak earlier this month, half of which is from France’s LVMH (PA: LVMH ), which reports earnings after the market close today. The sector was already under pressure because of the protests in Hong Kong this year, so no wonder fears are mounting about the 2020 prospects for stocks highly exposed to Chinese customers, as the virus puts many cities in lock-down during the of Lunar New Year holiday, a crucial period for shopping and travel.

Similarities are being drawn with past crises. While it’s too early to determine the severity of the new coronavirus, travel trends and hotel occupancy in China dropped meaningfully during the SARS outbreak of 2002 and 2003, Morgan Stanley (NYSE: MS ) said last week. But the decline then was temporary, with trends recovering over a few months, and governments are now better prepared to face a potential threat, Morgan Stanley said.

Performance-wise, the MSCI Europe Apparel and Luxury Goods lagged the MSCI Europe and the Hang Seng heavily over six weeks as the SARS outbreak worsened. Although it recovered, the ride was volatile until the end of the crisis.

But the world has changed over the past two decades and the problem now is one of exposure. Whereas Chinese consumers contributed to 2-3% of luxury goods revenue in 2003, the proportion is now 35%, Exane estimates. Some stocks are more at risk than others, but generally, the biggest players have an average revenue exposure to Asia in excess of 40%.

Luxury-goods makers, from LVMH and Kering SA (PA: PRTP ) to Swatch Group (SIX: UHR ) AG (OTC: SWGAY ) and Moncler SpA (MI: MONC ), are increasingly reliant on the China cluster for continued growth, meaning any drop in spending in the region could have serious repercussions for the entire sector. As Flavio Cereda, a Jefferies analyst said last week, “No China, no party.” As other shopping locations such as Hong Kong lose their appeal, consumption in the country “needs to grow as it’s THE driver” for popular brands from Kering’s Gucci and LVMH’s Louis Vuitton to Prada, Cereda added.

Given the exposure of the luxury sector to China, and following poor industry data in the fourth quarter, Citi estimates downside risks to the consensus for this year’s revenue and Ebit/EPS around 3% and 10%, respectively. They say the stocks most at risk are Swatch, Prada SpA (HK: 1913 ) and Salvatore Ferragamo SpA (MI: SFER ) (Citi is restricted on LVMH).

Valuation is another issue, particularly regarding the luxury winners of 2019, like LVMH or Moncler, reaching the top of the range of the past 10 years, according to Cedric Ozazman, head of investment and portfolio management at Reyl & Cie. in Geneva. This means these companies have “stretched” valuations and need to deliver on the results front again in 2020, with additional earnings-per-share growth of at least 10%, Ozazman says. “Any small miss might actually lead to a de-rating, which will exacerbate any downside move,” he writes. The MSCI Europe Apparel and Luxury Goods still trades at around 60% premium to the MSCI Europe on forward price-to-earnings.

That said, the luxury industry’s medium-to-long-term structural underlying growth drivers are still “very solid” and any major price drop in the coming months could be a chance to snap up shares in “high-quality” names such as Hermes International (PA: HRMS ), Moncler and LVMH “where investors have been finding it difficult to find a new entry point,” Morgan Stanley (NYSE: MS ) wrote in a note.

Noting the lack of visibility, the virus’s impact on the luxury goods sector is difficult to quantify without accurate data, says Isabelle Carpentier, fund manager for international equities at Edmond de Rothschild Asset Management. “However, the first quarter of 2020 could be impacted without tarnishing growth for the whole year,” Carpentier says. “In addition, around half of Chinese consumers’ sales are now made locally, which helps limit the consequences of potential travel stoppages, with the possible transfer of sales to the internet.”

Swetha Ramachandran, investment manager of the GAM Global Luxury Brands Fund is upbeat on the “extremely buoyant” broader Chinese consumer picture as the middle class, the biggest driver of luxury-goods demand, continues to grow. Companies might adopt a usual cautious tone for the first quarter, but it’s hard to predict if any will follow the path of Remy Cointreau SA and put their guidance on hold, she says.

Ramachandran says there probably will be a short-term hit to demand, merely because of the uncertainty, but in many cases, the reset in valuations could provide a compelling entry point.

So are we in the buy-the-dip situation? Not yet, according to Aneeka Gupta, associate research director at asset manager WisdomTree, who expects the negative impact on shares to last for a quarter at least, based on analysis of prior outbreaks, and possibly longer given the situation is “definitely getting worse.” 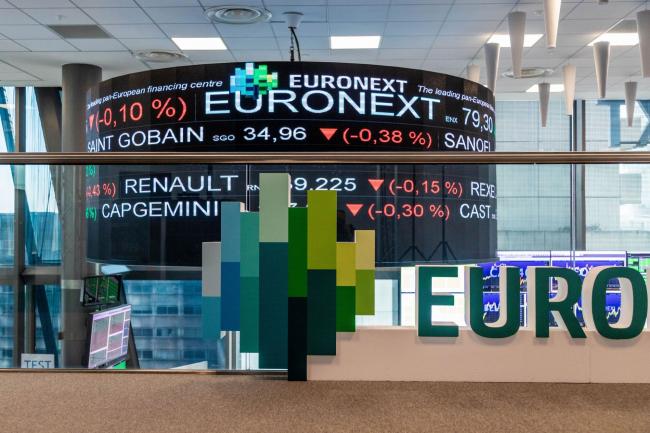