(Reuters) -Traders are slashing their bets on how far central banks will be able to lift interest rates this cycle, reflecting growing fears in financial markets of economic slowdown or even outright recession.

Germany meanwhile triggered the alarm stage of its emergency gas plan amid warnings of recession if Russian energy supplies are halted.

And on Wednesday, U.S. Federal Reserve Chairman Jerome Powell said the bank was committed to curbing inflation even at risk of a growth downturn.

Investment banks have also raised their estimated probabilities of recession.

As a result, money markets now see U.S. interest rates peaking at around 3.4% by next March, far below the just above 4% priced for June 2023 before last Wednesday's Fed meeting.

With rates already expected to be around 3.3% by December, the implication is the Fed won't be able to hike much next year.

"The terminal rate is coming down because people are worried about growth weakening faster than expected," said Seema Shah, chief strategist at Principle Global Investors in London.

The Fed raised interest rates by 75 basis points last week after an acceleration in U.S. inflation in May. Its projections showed policy tightening should slow the economy markedly in coming months.

"Fed hikes are raising the risk of recession but that also means the Fed won't hike as fast as they could, so there's a circular argument," Shah said.

In another sign recession fears are gripping investors, money markets effectively price in Fed rate cuts after March 2023, well before the timing projected by policymakers; their "dot plot" sees rates falling only from 2024.

The Bank of England's rates are now expected to peak at around 3% next May, versus last Monday's view they would reach 3.6% in August 2023. 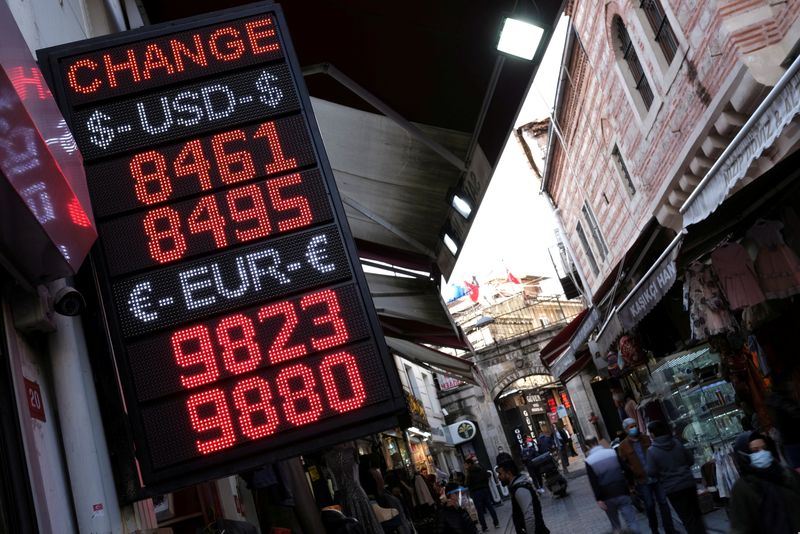 Market gauges of inflation expectations have fallen, with five-year U.S. breakevens dropping to the lowest since February at 2.7%.

While European gas prices have surged, Brent crude futures have dropped nearly 9% since last Monday, perhaps as growth fears start to overshadow supply limits. Prices are not far off the mid-May lows touched on Wednesday.