(Bloomberg) -- Missing workers are turning out to be as big a headache for airlines as missing luggage. U.S. carriers hoping to build out flight schedules face headwinds from unfilled jobs and, in the case of Southwest Airlines (NYSE: LUV ) Co., a surprising spike in staffing no-shows.

The industry is hiring thousands pilots and flight attendants more than a year after trimming jobs as travel collapsed with the coronavirus pandemic. Reservation agents also are high in demand. But the need -- and the challenge -- is greatest for entry-level jobs like baggage handlers, ticket counter and gate agents, cabin cleaners, aircraft fuelers and folks who restock galleys.

“Ground ops is where we’re finding the greatest competition for workers,” Southwest Airlines Co. Chief Executive Officer Gary Kelly said in an interview. “The fact that we can hire one or two is encouraging, but you still can’t grow any faster than the slowest group.”

Gary Peterson, an international vice president of the Transport Workers Union, said all the carriers are struggling to hire.

“Airlines used to be a place where people flocked to work because the pay was good, the benefits were good. Today there are so many other options,” he said.

The battle to fill low-skill jobs is in large part due to competition with warehousing and distribution operations. But there are also airline-specific challenges. Some candidates are deterred by the weeks-long wait to be vetted for airport access badges before they can begin a job, and by the year-round outdoor work required for some positions, said Andy Decker, CEO of I.K. Hoffman USA, a staffing and recruiting company that works with airlines and contractors.

That may stymie efforts by five of the largest U.S. airlines to hire nearly 23,000 workers this year and next, after at least 47,000 people left their jobs voluntarily early in the pandemic. Each hire, Kelly said, now takes twice the work it previously did.

“You need this aggressive ground game to go where candidates are, and it is absolutely -- I hate to characterize it as a battle, but it is,” said Thomas Rajan, vice president of global talent at American Airlines (NASDAQ: AAL ).

Southwest stepped up efforts to hire 5,200 new employees by the end of November, and about 1,500 have already been hired. The carrier earlier instituted an employee incentive program to help boost applicant referrals and raised its starting wage to $15 an hour on Aug. 1.

It’s a big change from February, when a rising number of people who had been vaccinated were returning to flying in droves and airlines were expecting a surge in spring break travel. The worst of the pandemic, Kelly said on a conference call, “is finally behind us” and the airline boosted flying capacity starting in mid-March by 50% overnight, or 1,000 daily departures.

What the airline couldn’t foresee was that a higher rate of absent employees -- whether ill from coronavirus, kept home by quarantine, having to continue home schooling or electing not to return from voluntary leave -- would stretch its workforce and result in more than 99,000 delayed arrivals over the summer. That’s the highest number, and second worst on a percentage basis, among a group of eight U.S. carriers, according to data from FlightAware.com.

Pressure on existing employees is ratcheting up at Southwest and American Airlines Group Inc., where pilots and flight attendants say they’re being pressed into overtime, sometimes on their days off, on top of a lack of hotel space, transportation and meals during overnight stays. Mechanics and airport ramp workers are complaining about excessive hours due in part to rapidly ramped up flight schedules.

“After a while, people just don’t want to work the overtime,” said Bret Oestreich, national director of the Aircraft Mechanics Fraternal Association, which represents mechanics at Southwest, Alaska Airlines and its Horizon Airlines unit. “They’ve been used and abused and worked to death.”

Some baggage handlers at American are working as much as 100 hours of mandatory overtime above their normal 80 work hours in a two-week period, said TWU’s Peterson.

Counting on a Slowdown

In order to compensate for the crunch, Southwest now plans to cut an average of 27 flights from its daily schedule Sept. 7 through Oct. 6, and 162 a day from Oct. 7 through Nov. 5. More reductions will come for non-holiday periods of November and December.

“We’ll do a reset here and be more cautious of adding more flight activity,” Kelly said.

Spread of the delta coronavirus variant also is dulling travel demand, with bookings for the Labor Day holiday -- typically regarded as the end of the summer travel season -- down 15% from 2019, according to the Adobe (NASDAQ: ADBE ) Digital Economy Index. Southwest, American and JetBlue Airways (NASDAQ: JBLU ) Corp. have warned about a slowdown in bookings and a jump in canceled reservations.

The shortage of workers contributed to canceled and delayed flights that exceeded 2019 levels at most of the eight carriers on a percentage basis for June through August, even though operations remain smaller than two years ago.

Adding to the pain, airlines and other hospitality-related companies were late in the recovery cycle, following other industries that already had tapped into what labor pools were available, said Gregg Muccio, director of talent acquisition at Southwest. Carriers often find themselves competing against each other as well. The carrier has said it’s seen a “sharp decline” in qualified applicants.

“We just were kind of last to the party,” Muccio said in an interview. “That’s created a problem. We’re all competing for everybody at the same location. It just makes for a really, really tough hiring environment.” 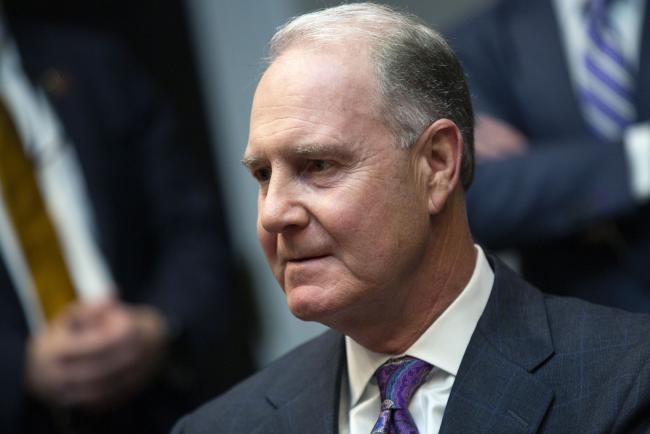