(Bloomberg) -- Tyson Foods Inc's (NYSE: TSN ) upbeat sales forecast for the American meat market is helping two of its Brazilian peers, which have most of their profits coming from the U.S.

Shares of JBS SA (OTC: JBSAY ) rose as much as 5.2% in Sao Paulo Tuesday after climbing 4.9% in the previous session in the wake of Tyson’s better-than-expected first-quarter profit. Marfrig Global Foods (OTC: MRRTY ), the owner of National Beef Packing Co, climbed as much as 5.1%, leading gains on the benchmark Ibovespa index at 12:55 p.m. local time.

Tyson, the largest U.S. meat company by sales, beat earnings estimates on Monday and said revenue will be at the upper end of a previous estimate for the current financial year as rising meat prices offset higher costs. The results led JPMorgan Chase & Co. to boost estimates for Brazilian meatpackers.

“There is a clear market read-across to JBS and Marfrig in the extent that consumer elasticity to higher meat prices remain supportive” of strong 2022 results, JPMorgan Chase & Co. analyst Lucas Ferreira said Tuesday in a note. Even considering U.S. beef margins peaked in 2021, earnings momentum remains strong and valuations are cheap, Ferreira said.

Lower profits for the U.S. beef industry have been expected amid rising cattle prices, transportation and labor costs. Last week, Marfrig said U.S. beef margins are likely to fall from recent records to “normal levels” as higher costs will only be partially passed on to consumers. Still, JPMorgan's revised earnings forecasts for 2022 suggest there might be room for upside in consensus estimates. 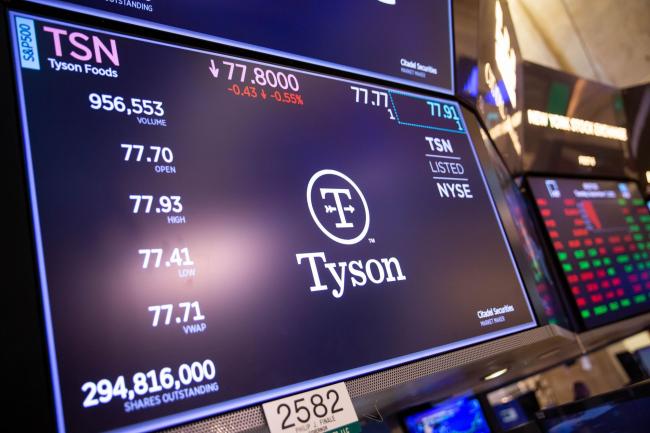