(Bloomberg) -- Some of London’s most influential investors are giving U.K. companies extra time to find new board members because of the coronavirus crisis, potentially offering a group of long-standing chairmen an unexpected extension to their careers.

Legal & General Investment Management will allow London-listed companies an additional 12 months to replace directors coming to the end of their recommended tenures, it said in response to Bloomberg queries.

That could affect companies ranging from wireless giant Vodafone Group (LON: VOD ) Plc to $5 billion packaging producer DS Smith Plc, whose chairmen are close to the maximum nine-year length of service laid out in the U.K.’s guidebook for strong governance.

“As a long-term investor, LGIM will be flexible in its policies,” said Angeli Benham, an environmental, social and governance manager at the investment firm, which oversees about 1.1 trillion pounds ($1.4 trillion) globally. “We acknowledge that the current environment may hamper the nominations committee’s ability to appoint the best candidates.”

There are 15 companies in the FTSE 350 Index with combined market value of about $130 billion where the chairman is due for a change after being in position for eight to 10 years, according to data compiled by Bloomberg.

LGIM’s views hold sway, as it’s the biggest U.K. fund manager and a dominant voice on corporate governance. The firm holds average stakes of about 2.5% in the country’s biggest companies.

It joins Federated Hermes (NYSE: FHI ) Inc., which has also modified its voting policies for the 2020 season of shareholder meetings in light of the Covid-19 pandemic.

“Companies facing unprecedented challenges require strong and stable leadership,” Hans-Christoph Hirt, the asset manager’s head of equity ownership services, wrote in an April 15 letter to listed company executives. “We will therefore be more flexible around the re-election of key directors to avoid unplanned disruption to board composition at this critical time.”

RELX Plc, the $43 billion publisher that owns the LexisNexis database, said last month that it will take longer than expected to find a new chairman. The company first announced in February that Anthony Habgood, 73, had decided to retire from the board after more than a decade at the helm.

“I don’t think there’s a huge demand to move on with this process right now,” Paul Abrahams, a spokesman for RELX, said by phone. “Anthony’s track record of value creation has been exceptional.”

Aircraft parts supplier Meggitt (LON: MGGT ) Plc is also postponing a change, telling investors in March that chairman Nigel Rudd will stay until further notice to provide continuity during the Covid-19 outbreak. Rudd, who was appointed in 2015, had announced the previous month that he plans to step down after a successor is found.

Other companies are in the process of hunting for candidates. Vodafone (NASDAQ: VOD ) said in May last year it’s seeking a successor for Gerard Kleisterlee, who will hit nine years as chairman this July. DS Smith also announced last year it would seek a replacement for chairman Gareth Davis, whose term ends in January 2021. Intertek Group (LON: ITRK ) Plc, the $9 billion certification firm, is also due to find a new chairman as incumbent David Reid has been in place for more than eight years.

A spokesperson for Vodafone said a search is ongoing, while representatives for DS Smith and Intertek declined to comment.

The Financial Reporting Council, the industry body that sets the U.K. Corporate Governance Code, requires companies that don’t comply with its director tenure limits to explain their reasons to investors. The code, which has been around in various forms since 1992, exists to help ensure chairmen and non-executive directors effectively carry out independent scrutiny of a company’s management.

A representative for the FRC said there has been no change to its guidelines since the coronavirus outbreak.

Some companies keep board members longer than recommended even during normal times. Pub owner Mitchells & Butlers Plc said in December that chairman Bob Ivell will stay past the usual limit, as it believes his industry knowledge is “invaluable” and his tenure hasn’t impacted his independence. Tim Martin, chairman of rival bar operator J D Wetherspoon Plc, has been in his role for more than 37 years.

Search processes for new chairmen continue, though companies are holding off from actually making appointments, according to Will Dawkins, who leads the U.K. board practice at recruitment firm Spencer Stuart.

“It’s very hard to establish that relationship with the CEO without actually meeting,” Dawkins said. “It’s common sense for chairs to stay on for a little more time at the moment, so long as there are no other difficulties within the company.” 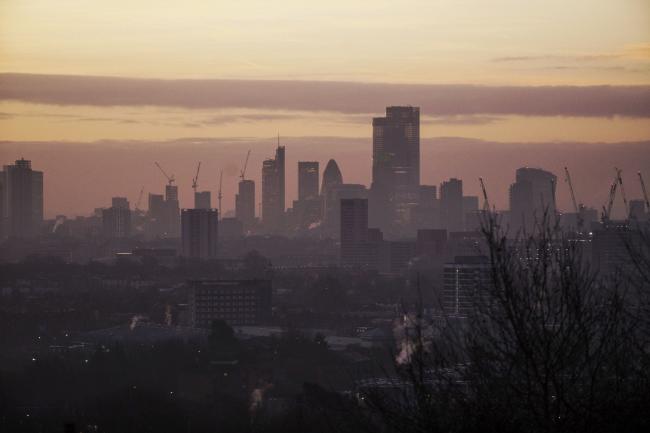