* Russian forces struck a market and a residential area in the city of Sloviansk near front lines in Donetsk province, killing at least two people and injuring seven, according to local officials.

* Ukrainian President Volodymyr Zelenskiy, in his nightly video message on Monday, said there had been no significant changes on the battlefield in the past 24 hours and that Ukrainian forces were repelling and destroying Russia's offensive capabilities on a daily basis.

* Russian-backed separatists have seized two foreign-flagged ships in the southeast Ukrainian port city of Mariupol, saying they are now "state property", in the first such moves against commercial shipping, letters seen by Reuters showed.

* Reuters could not independently verify the battlefield accounts.

* The speaker of Russia's lower house of parliament said Ukraine had become a "terrorist state" and was doing everything to ensure that Russia did not stop its invasion at the borders of the wider eastern Donbas region as advertised.

* Zelenskiy renewed his appeal for security guarantees while addressing a roundtable conference hosted by the Economist. Europe needs to understand, he said, that the war in Ukraine is about Europe's safety and Ukraine is the "fence" protecting it.

* An international conference in Lugano, Switzerland to support Ukraine has outlined a series of principles to steer Kyiv's recovery and condemned Moscow's actions.

* No decision has been made yet on expanding Russia's rouble-for-gas scheme to include liquefied natural gas (LNG), the Kremlin said.

* Britain said it would on Tuesday introduce new sanctions on Belarus over its support for Russia's invasion of Ukraine, and also sanctioned six Russians it said were spreading disinformation.

* Russian former president Dmitry Medvedev said a reported proposal from Japan to cap the price of Russian oil at around half its current price would lead to a market shortage that could push prices above $300-400 a barrel.

* Arbitrary detention of civilians has become widespread in parts of Ukraine held by Russia's military and affiliated armed groups, with 270 cases documented, the U.N. human rights chief said, announcing plans to boost monitoring in the country. 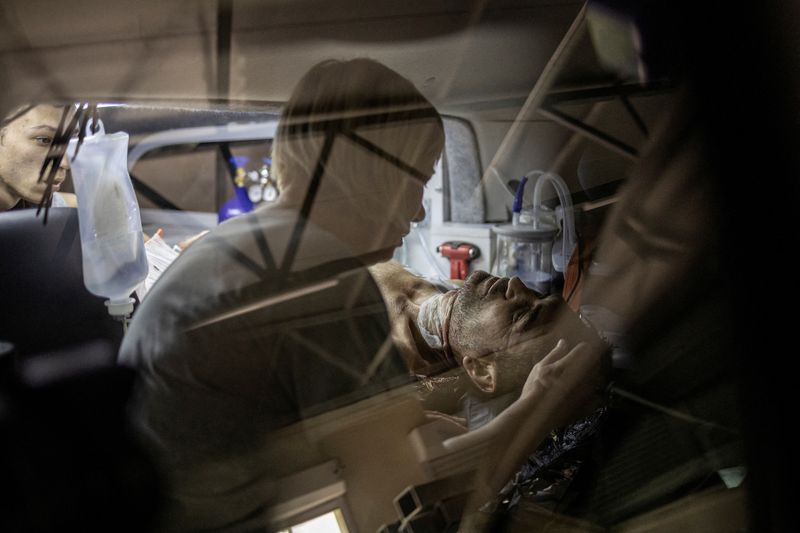 * "The city doesn't exist anymore," said Nina, a young mother who fled Lysychansk in Luhansk province to take refuge in the central city of Dnipro. "It has practically been wiped off the face of the Earth."