WASHINGTON (Reuters) - The U.S. trade deficit narrowed sharply in October as exports soared to a record high, potentially setting up trade to contribute to economic growth this quarter for the first time in more than a year.

The report from the Commerce Department on Tuesday, which also showed imports rising to an all-time high, added to a tightening labor market, strong consumer spending as well as services and manufacturing activity that have suggested an acceleration in growth was underway as the year winds down.

"The trade deficit is narrowing big time and pouring even more fuel into the economy's tank which guarantees stronger growth as 2021 comes to an end," said Christopher Rupkey, chief economist at FWDBONDS in New York. "The brightening trade picture is additional evidence that the economy is very strong."

The trade gap plunged 17.6% to a six-month low of $67.1 billion. That was the biggest percentage drop since April 2015, reflecting an increase in the flow of goods and services following disruptions caused by the COVID-19 pandemic.

Petroleum exports were the highest on record.

The nation exported more services, which rose $1.0 billion to $64.9 billion. That reflected a rise in overseas travel, other business services and charges for the use of intellectual property. Further gains are likely after the United States reopened its borders to international travelers in early November after a 20-month ban.

The Omicron variant of the coronavirus could, however, temporarily slow international travel following recent restrictions on travelers from southern African countries.

"While international travel activity could be dampened again later in the month with the emergence of the Omicron variant, we expect a continued normalization of travel through 2022," said Veronica Clark, an economist at Citigroup (NYSE: C ) in New York.

U.S. financial markets were unmoved by the data.

The surge in exports eclipsed a 0.9% increase in imports to $290.7 billion, also a record high. Goods imports climbed 0.7% to an all-time high of $242.7 billion. The rise was led by motor vehicles, parts and engines, which increased $1.5 billion. There were also gains in imports of consumer goods, including cell phones and other household goods.

Imports of industrial supplies and materials fell as did imports of capital goods, pulled down by declines in semiconductors and civilian aircraft. There is a global chip shortage.

Adjusted for inflation, the goods deficit decreased $13.5 billion to $97.6 billion in October. That was the smallest so-called real goods deficit since last December. If the real goods trade deficit continues to shrink, trade could contribute to gross domestic product this quarter. The trade gap has been a drag on GDP growth for five straight quarters.

"Early in the fourth quarter it looks like net exports are on track to add to GDP growth although the recent volatility in the monthly figures makes it hard to detect any underlying trend," said Daniel Silver, an economist at JPMorgan (NYSE: JPM ) in New York. "We continue to see upside risk to our 7.0% real GDP growth forecast for the fourth quarter."

Fourth-quarter GDP growth estimates are as high as an 8.6% annualized rate. The economy grew at a 2.1% pace in the third quarter. It is regaining speed after being restrained by shortages and a flare-up of COVID-19 infections, driven by the Delta variant. Shortages because of snarled supply chains caused by the coronavirus are fanning price pressures.

There are signs inflation could remain well above the Federal Reserve's 2% target for a while, also as companies competing for workers raise wages.

A separate report from the Labor Department on Tuesday showed unit labor costs, the price of labor per single unit of output, surged more than initially thought in the third quarter. Labor costs accelerated at a 9.6% annualized rate last quarter, revised up from the 8.3% pace reported in November.

Unit labor costs increased at a 6.3% rate compared to a year ago, the largest gain since 1982. 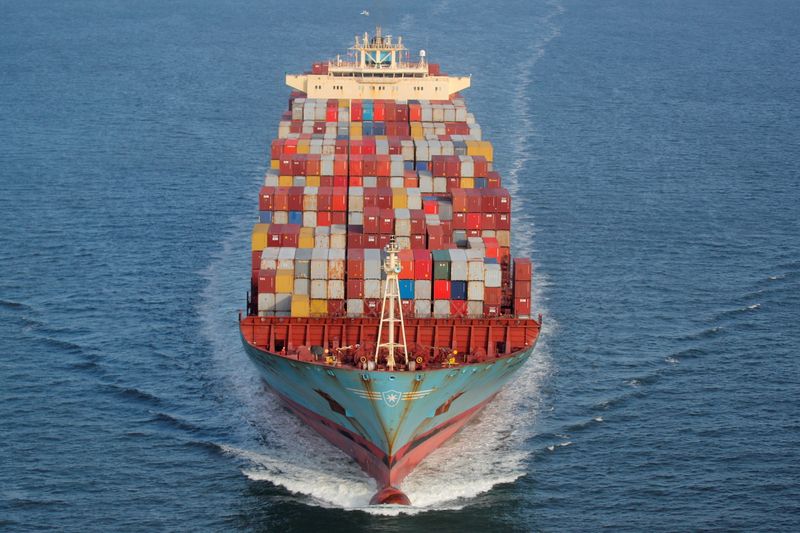