Workers packaging honey for sale in Mekele, Ethiopia. Photo credit should read ZACHARIAS ABUBEKER/AFP via Getty ImagesThree African countries’ manufacturers have lost their tariff-free access to the US market this year. This follows the US decision in November last year to suspend Ethiopia, Mali and Guinea from the African Growth and Opportunity Act. The reason given for the decision was that it was in response to human rights violations and recent coups.

The African Growth and Opportunity Act (AGOA) is a trade programme designed to enhance sub-Saharan African countries’ access to US markets. The programme is an exception to World Trade Organisation (WTO) principles of reciprocity and non-discrimination. Nevertheless, it’s legally recognised by the Generalised System of Preferences adopted in 1968 and instituted in 1971 under the aegis of The United Nations Conference on Trade and Development.

Under the GSP regime, developed countries can grant non-reciprocal trade preference to the world’s poorest countries to increase economic growth and reduce poverty. Established by the Trade Act of 1974 (amended July 31, 2015), the US Generalised System of Preferences have allowed the US to import up to 5,000 types of products duty free from 119 designated beneficiary countries and territories. Linked to this, the US grants regional preference programs.

Nowadays the US administration grants countries in the Caribbean, in Latin America and in Africa non-reciprocal trade preferences. These trade arrangements are managed under the Caribbean Basin Initiative, the Andean Trade Preference Act and the African Growth and Opportunity Act.

For the sub-Saharan African region, the US administration passed the AGOA on May 18, 2000, as Title 1 of the Trade and Development Act of 2000. Qualifying nations are afforded several key benefits, most importantly preferential access to US markets with zero duties for more than 6,400 products.

The criteria and conditions for African countries to be eligible depend entirely on the US. Each year, Washington determines which nations qualify. And the US president grants or withdraws beneficiary status at discretion.

Critics view the African Growth and Opportunity Act as an economic instrument of American foreign policy in Africa.

Given the benefits of the African Growth and Opportunity Act, suspension may have important implications for the economy of country concerned. A recent study showed that this unilateral trade agreement has allowed growth in the average African beneficiary countries’ exports to US.

However, in my view, the suspension of Ethiopia, Guinea and Mali from the trade programme is not particularly harmful to them. The US market does not play an important role in their export growth.

Despite commercial preferences granted under the African Growth and Opportunity Act, it’s difficult for these countries to access the US market. Ethiopia, Guinea and Mali are among the poorest countries in the world, with a major shortage of infrastructure and logistics, and a low income and highly undiversified economy. These countries mainly export primary commodities with weak value added. In the American market, they face competition from the similar products from Latin America.

The aim of preferential treatment

The African Growth and Opportunity Act aims to boost trade relations between Africa and the US by:

Qualifying for the programme requires nations, as outlined in section 104, to improve their rule of law, defend human rights and respect international labour standards.

Currently, 39 of the 49 sub-Saharan African countries are beneficiaries excluding those temporarily suspended. Somalia and Sudan have never requested designation as a beneficiary country.

The following two figures put in perspective the potential impact of suspension. Between 1996 and 2015, using data from the UN COMTRADE database, the first graph shows four, five-year averages of global exports of goods from each of the three suspended countries. The second reports the average share of exports to the US for every $100 of goods exported.

The growth in global exports in Guinea, Ethiopia and Mali between 1996 and 2015. Author, based on data from UN COMTRADE

Subsequently, the three countries maintained the same growth trend. Global exports of each, over the period 2011–2015, represented more than double the average of exports during the period 2001–2005.

Despite preferential access granted under AGOA since 2000, countries have difficulty penetrating US markets.

As shown in Figure 2, the share of Guinean exports to the US continues to decline. For $100 of global exports, the US market contributed an average of $18.25 (before 2000).

Despite the AGOA program, the US market represents less than $1 per $100 of Malian global exports, except the period 2006–2010. Nor were Ethiopia’s exports to the US improved by AGOA ratification.

The figures show that, without taking into consideration likely deterioration of their diplomatic relations with the US, the suspension decision will have very little bearing on global export revenues of the suspended countries.

Zakaria Sorgho does not work for, consult, own shares in or receive funding from any company or organisation that would benefit from this article, and has disclosed no relevant affiliations beyond their academic appointment. 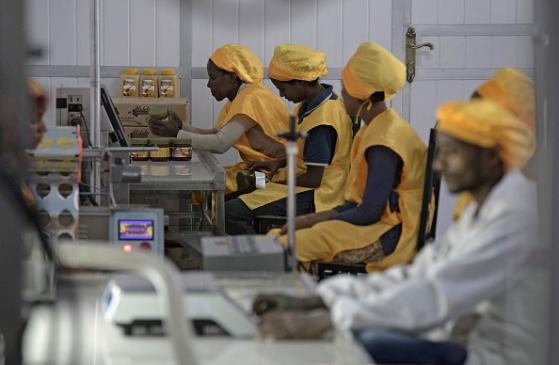