(Bloomberg) -- Stay on top of the revolutions reshaping the auto world — from EVs to self-driving cars — by signing up for Hyperdrive’s newsletter here.

Before the year is over, Elon Musk wants to start production at Tesla’s new electric-vehicle factory outside Berlin. While he’s cautioned that ramping up Model Y output at the facility in the small town of Gruenheide will be challenging, the development is the talk of the German auto industry nonetheless.

Volkswagen (DE: VOWG_p ) CEO Herbert Diess last week urged his German workforce to brace for more radical changes as the company tries to keep pace with Tesla, which aims to eventually churn out 500,000 EVs a year at Gruenheide. The new factory will probably take 10 hours to assemble an EV, compared with the more than 30 hours it takes VW.

“Tesla will enter a new dimension in Europe with this new location,” said Diess, who has a mildly awkward “frenemy” relationship with Musk.

The VW empire is gearing up to strike back. VW may build a new EV factory at its sprawling Wolfsburg headquarters to make some 250,000 cars a year. It’s also planning to design a new battery-powered model, code-named “Trinity,” that’s supposed to close the technology gap to Tesla, including with regard to automated-driving functions.

“We’re in the midst of a major transformation in which we have to drastically change course,” Diess said Wednesday during an auto conference in Germany. “Wolfsburg is getting ready to meet the new competition.”

Diess’s image as the bold innovator pushing to overhaul the German industrial juggernaut has suffered somewhat in recent weeks. The CEO has clashed with labor leaders over the extent of the overhaul, which contributed to VW pushing back its annual investment review by a month to December. Diess should better focus on some of the legacy issues plaguing the carmaker — like the 40 billion euros of unfunded pension liabilities — and consider ditching his Tesla fixation, according to Jefferies analyst Philippe Houchois.

“Diess’s constant Tesla references have become counterproductive, highlighting vulnerabilities rather than imaginative solutions,” Houchois wrote in a report Monday, in which he downgraded VW shares to the equivalent of a sell rating.

Speaking at the same conference as Diess, Zipse fired a broadside at Tesla, saying BMW differs from the U.S. rival on “standard on quality and reliability,” and adding that the German company has “different aspirations on customer satisfaction.” He’s thrown shade at Tesla before, saying in February that the company’s years-long dominance of EV sales may soon end as traditional automakers introduce a slew of their own new battery-powered cars.

So far, that prediction looks off-base. The Model 3 was Europe’s top-selling car in September, beating out even mass-market combustion-engine models.

Given that Tesla took that sales crown largely with cars imported from its Shanghai factory, the prospect of a working plant near Berlin will surely keep the company squarely in the discussions Diess, Zipse and their fellow European auto executives have about the state of the industry and their companies for the foreseeable future.

Subaru (OTC: FUJHY ) on Thursday took the wraps off the Solterra, its first all-electric SUV, which the company jointly developed with Toyota. The automaker will market the model in the U.S., Canada, Europe, China and Japan by the middle of next year. CEO Tomomi Nakamura said early last year that Subaru didn’t see much evidence Americans want EVs or plug-in hybrids. The company nonetheless is aiming for 40% of its global sales to be electrified by 2030. By 2035, it wants all sales to be hybrids or EVs. 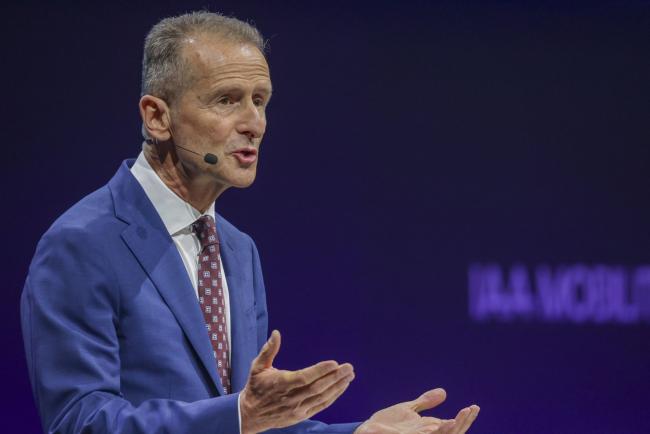