(Bloomberg) -- Top Wall Street bankers offered up a litany of warnings that recession in the US and Europe is increasingly likely with geopolitical risks further darkening the horizon into 2023.

The Fed has made it clear they’re going to raise to the path target of 4.5% to 4.75% and then pause given there’s a lag effect, he said. But if they don’t see real changes in behavior - labor is still very very tight, for example, “my guess is they’ll go further.”

Wall Street bankers have descended on Riyadh, despite deep political frictions in US-Saudi relations over oil . In a slowing global economy, the kingdom is the fastest growing in the Group of 20 thanks to its oil wealth. Crown Prince Mohammed bin Salman is sitting on his first budget surplus since coming to power, allowing him to channel billions of dollars into stock markets and assets globally, and to plan some of the world’s most ambitious construction projects.

But as the bankers made clear, the kingdom is a rare economy in rude health. Many economists see the US in a recession in the next 12 months as the Federal Reserve’s steep interest-rate hikes take a further toll on demand. In Europe, the energy crisis sparked by Russia’s invasion of Ukraine has led to an unprecedented surge in inflation across the continent, and governments are spending billions of euros to help consumers and businesses as their economies slip toward recession.

“There’s no question that 2023 looks a little dicey,” Franck Petitgas, head of international operations at Morgan Stanley (NYSE: MS ), said at the conference. “It’s pretty safe to say that the US is probably going to have some sort of landing that’s not super soft.”

JPMorgan Chase & Co. (NYSE: JPM ) boss Jamie Dimon, whose bank is expanding in Saudi Arabia, was similarly gloomy as he flagged geopolitics as his top concern.

“The most important thing is the geopolitics around Russia and Ukraine, America and China,” he said. “That to me would be far more concerning than whether there’s a mild or slightly severe recession.” 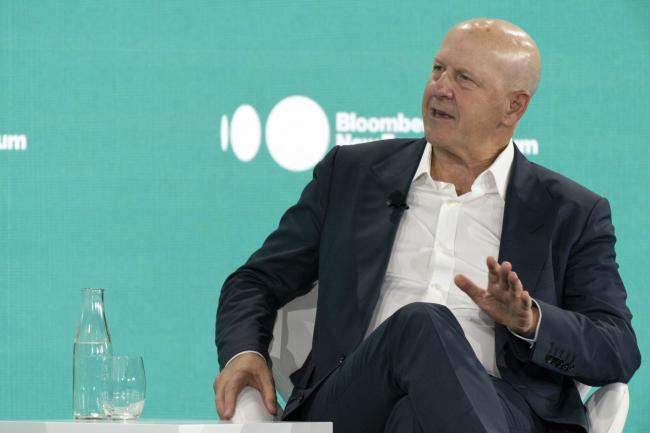