Two years into the second term of Buhari’s presidency, corruption remains intractable. Buhari’s anti-corruption fight rests on a tripod: implementation of Treasury Single Account, Biometric Verification Number (BVN) and ‘Whistle Blowing’ policy. These have received commendations as seen in increased savings. However issues like “politicisation of the anti-corruption fight” and refusal to investigate accusations have cast doubt on the fight.

The suspension of Ibrahim Magu, the acting head of Economic and Financial Crimes Commission, on corruption charges and the alleged double standards in Buhari’s treatment of those loyal to him are some examples.

Party politics is shielding the prosecution of persons loyal to power corridors. Buhari’s former party chair, Adams Oshiomole, had asked defectors from opposition parties to join the governing party and have their ‘sins’ forgiven.

While the Buhari government has described the rating “as senseless and baseless” data from the National Bureau of Statistics unveils the experiences of corruption by Nigerians when they encounter public officials. The data on public encounters with corruption confirms that corruption remains a major problem.

The bureau collects data from Nigerians on:

One of my studies investigated anti-corruption crusade of the Buhari government on implementation of whistle blowing, biometric data verification and Treasury Single Account. The study shows how politically exposed persons looted the treasury and adopted different mechanisms to hide their loots in cemetery, isolated shops, septic tanks and abandoned some in airport.

The other paper examines Nigeria’s encounter with corruption. It uses National Bureau of Statistics data from a study conducted between May and June 2019 involving 33,000 households. The bureau’s study shows that three (North-East, North-West and South-West) of the six regions recorded small decreases in prevalence of bribery. However, the North-Central, South-East and South-South zones recorded more increases in the prevalence of bribery from 2016 to 2019.

Bribery, according to the bureau’s data, takes two forms. In the first, public officials ask, directly and indirectly, for bribes. The second form involves members of the public bribing officials to process their requests for public services. Of the acts of bribery covered by the study, 67% were initiated by public officials. These were overwhelmingly (93%) requests for cash payments. Less than six percent were for non-cash payments.

Males in the Nigeria Police, Judges, Federal Road safety officers (FRSC) and Vehicle Inspection Officers (VIO), teachers and lecturers receive most of the bribes between 2016 and 2019. Male officials take more bribes than their female counterparts in the police, vehicle inspection, federal road safety offices because they are most likely to be encountered on the roads than their female colleagues.

The second factor relates to the payment of a bribe to avoid payment of fine. This often happens when individuals are to be sanctioned for flouting a particular rule but in order not to pay the prescribed sanction, the public official in charge may sidestep the procedure.

Public officials requesting bribes directly were the police (67%), judges and prosecutors (67%), and customs and immigration officers (67%). The implication here is that when bribes are paid to these public officials, rule of law is undermined.

Buhari’s anti-corruption crusade has had some achievements. These include recoveries of looted funds, blocked treasury leakages through the Treasury Single Account and jailing some corrupt former governors.

Where the anti-corruption crusade has not delivered any results, it’s because of government’s failure to leave the fight against corruption to independent institutions. Doing so will separate genuine anti-corruption cases from politics.

What should be done

The fight against corruption also requires strong institutions. These must be free from undue executive, legislative and judiciary interference. The Economic and Financial Crimes Commission needs more teeth. A starting point would be to increase its budget. This would enable the commission hire more personnel. It must also be freed from political interference to allow it to fight corruption without fear or favour. This is important because of the role in corruption played by politically exposed persons.

In addition, government should create specialised anti-corruption courts to hasten trial of corruption cases. Judges to serve in the specialised court should be properly incentivised to mitigate judiciary corruption. Punishment for corruption must be certain and should equate the magnitude of offence committed.

Oludayo Tade does not work for, consult, own shares in or receive funding from any company or organisation that would benefit from this article, and has disclosed no relevant affiliations beyond their academic appointment. 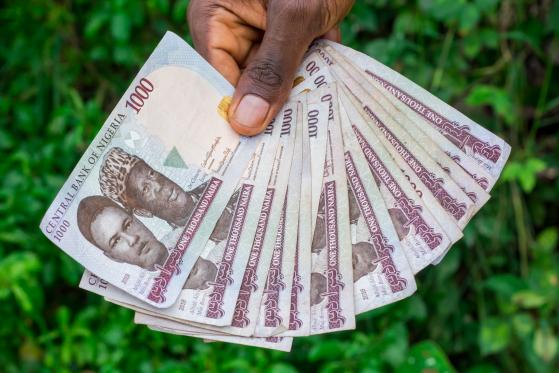