Yesterday, US markets recorded their biggest one-day gain since June. Market participants are combing through company results to see the effects of decades-high inflation on corporate profits, and so far it seems they like what they're seeing. All three indexes have now risen more than 6% from their lows mid-June.

In corporate news, Netflix (NASDAQ: NFLX ) reported earnings after-market. It lost fewer subscribers than it had anticipated - 970 000 as compared with an expected two million, and shares rose 8% in after-hours trading. More on that tomorrow.

Yesterday, before the US market opened, Johnson & Johnson (NYSE: JNJ ) reported their quarterly results . The company is a bit boring but consistent, trotting along with steady and stable growth. Thanks to this predictability, the J&J share price has held all of its value this year, even with the broader market being down about 20%.

J&J reported better revenue and profit for the quarter than the street expected. Unfortunately, the company had to lower their guidance due to a strong Dollar. When the results from their large international operations are translated into USD for reporting purposes, a stronger Dollar automatically lowers the performance.

The company is still on track to spin off the smaller consumer division, which sells things like Band-Aid and Listerine. Focus now shifts to bulking up the medical devices division, a good move in our opinion due to lower regulation in the sector and expected high growth from an ageing global population.

J&J is the stock in your portfolio which will plod along, adding stability and paying a good dividend. In the current volatile times, those characteristics are appreciated.

Both Disney and Netflix have very valuable information about their subscribers. Knowing what you like to watch can tell them a lot about the consumer. They will know if you love travelling, sports, fancy houses, luxury brands or if you are a foodie.

The Trade Desk will be able to take this data and feed the correct adverts to the right Disney subscribers at scale. I assume Microsoft will be able to do the same for Netflix. And because this data comes straight from the subscriber to the service provider, they don't need to worry about Apple (NASDAQ: AAPL ) blocking tracking information to protect privacy. I see advertising as a big opportunity for content providers.

Statista ran a survey to see which financial apps US consumers used to do online payments. PayPal (NASDAQ: PYPL ) and its peer-to-peer payments subsidiary Venmo took the first and second spots.

What's more interesting is that Apple Pay, Amazon Pay (NASDAQ: AMZN ), and Google Pay (NASDAQ: GOOGL ) are tied neck and neck at number three. I would've thought Apple Pay was much more popular in North America, but that's not the case. PayPal was the first mover and has properly established its dominance.

PayPal has a lot of things going for it, like a wide transaction network thanks to early adoption, and the financial relationships they have in place with businesses and consumers alike. People trust the brand, no fintech company has helped organise an insurrection or speedballed teen depression, which some other tech companies are being accused of. Such companies print money, not conspiracy theories.

Their business model of taking a direct piece of every successful transaction is staggeringly lucrative, and we expect them to continue to see good growth. What PayPal does very well is to make payments easy for customers; it gives users the simple convenience of not having to use credit card info across dozens of websites and apps. 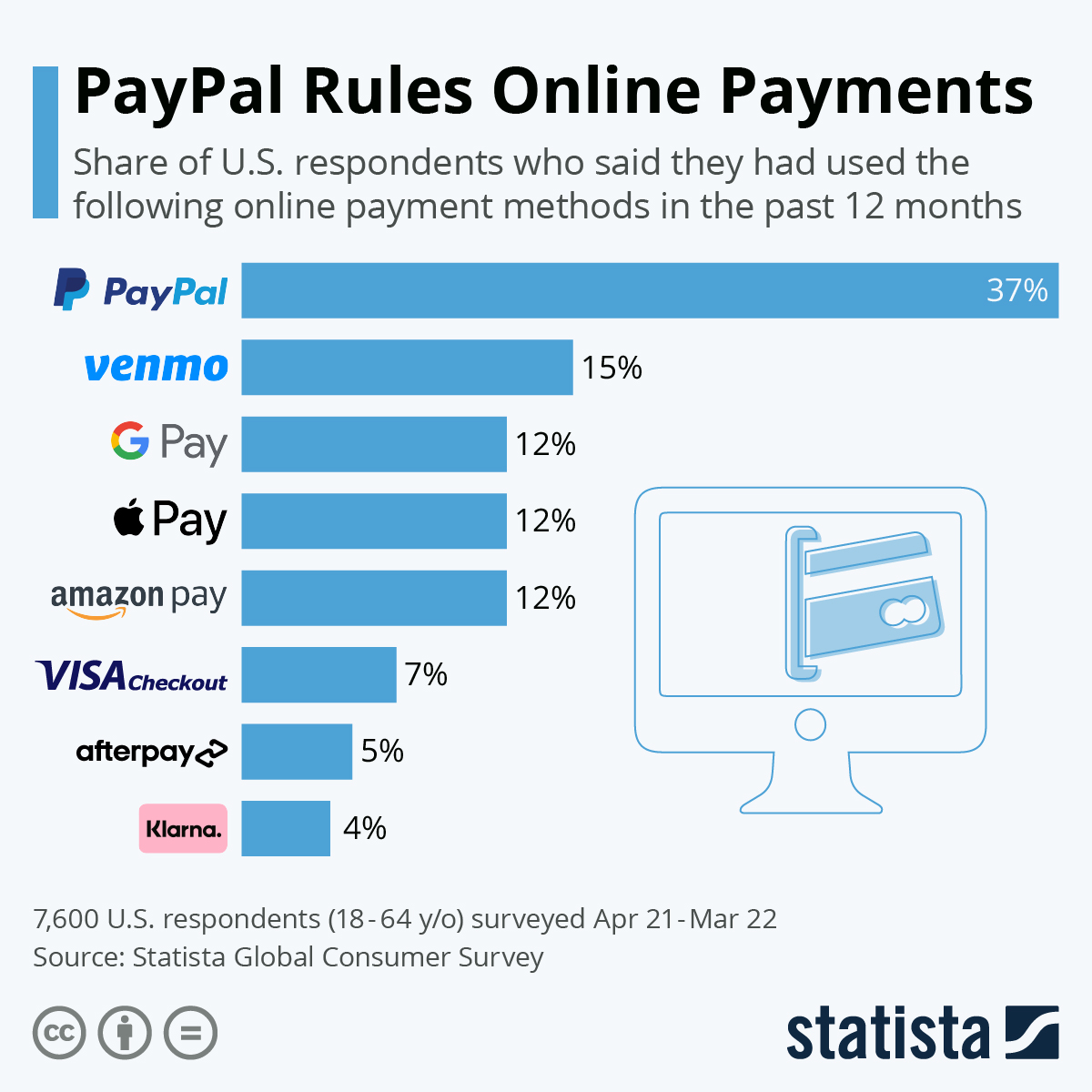 Asian markets are up this morning as technology shares fuel the rally. The tech climb swept across Chinese firms after a report that the politburo is wrapping up an investigation into ride-hailing giant Didi Global, stoking hopes of an end to Beijing's crackdown on the sector.

US equity futures pushed higher once again, encouraged by stocks surging in extended trading. Today Tesla (NASDAQ: TSLA ) will report its earnings , expect a volatile share price as the market processes those numbers. The Rand is trading at around R17.10 to the US Dollar.